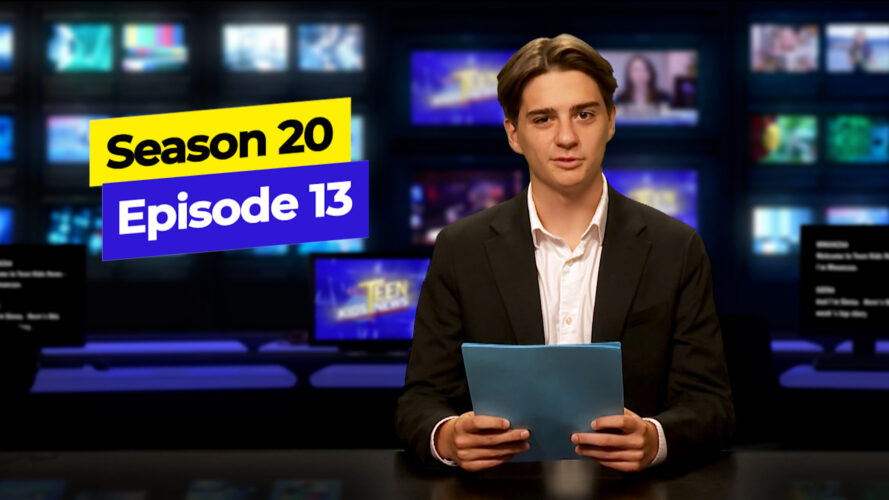 Most of us have been doing it since kindergarten: we stand up, face the American flag, and recite the Pledge of Allegiance. Ava tells us that a similar ceremony takes place every day – across the U.S. and even around the world. The ceremony is called Colors and it’s a time-honored tradition of the U.S. Military.

In “What’s in a Name” this week, Emily tells us the whale of a tale behind Starbucks’ name.

Brendan explains why some people are more attractive to mosquitos.

Chloe has the scoop on what movie star Leonardo DiCaprio likes to collect and what good causes he spends the money they bring in at auction on.

In “Make the Grade” this week Christin tells us about the benefits of being bilingual.

As the driver of a vehicle, you have a lot of responsibilities. Following traffic laws, sharing the road, and of course not doing anything that will be distracting. As a passenger you ALSO have a responsibility. If you feel the driver is not driving responsibly, you should SPEAK UP. As a reminder, check out this short video from the National Road Safety Foundation.

We call them “Rising Stars.” Teens who have the talent and the craving to make it in the very tough world of entertainment. Katarina introduces us to one of them – Bryce McGlothin.

Blake tells us how eating the right breakfast can help with school.