Home Art+Culture The Hidden History of Slavery in New York

[dropcap]A[/dropcap]mericans typically grow up believing that slavery was confined to the cotton fields of the South and that the North was always made up of free states. The fact that slavery was practiced all over the early United States often comes as a shock to people in places like New York, where the myth of the free North has been surprisingly durable. The truth is that New York was at one time a center of the slave trade, with more black people enslaved than any other city in the country, with the possible exception of Charleston, S.C. 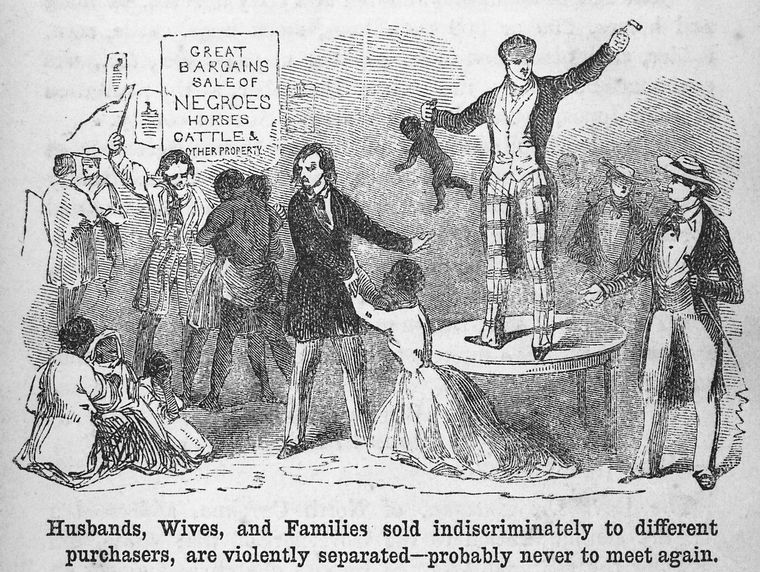 New York’s central position in the slave trade was partially exposed in 1991, when workers excavating for an office tower in Lower Manhattan uncovered a long-forgotten burial ground that may have originally spread for as much as a mile. It served as the final resting place for thousands of enslaved New Yorkers.

Among the bodies exhumed and examined, about 40 percent were of children under the age of 15; the most common cause of death was malnutrition. Some enslaved mothers appear to have committed infanticide, rather than bringing their children into what was clearly a hellish environment. Adults typically died of hard labor, dumped into their graves by owners who simply went out and bought more slaves.

Slavery was no less brutal in New York than in the South — and just as pervasive. At one point, about four in 10 New York households owned human beings. The free human labor that ran the city’s most gracious homes also helped to build its early infrastructure and supplied the muscle needed by the beef, grain and shipping interests, which forestalled emancipation until 1827 — making New York among the last Northern states to abolish slavery.

At the foot of the city, in what would later become Wall Street, New York operated its first slave market to buy, sell and trade human beings.

“The slaves of that time and place helped build City Hall,” City Council member Jumaane Williams, the principal sponsor of the bill that established the marker, told WNYC. “Their lives should be celebrated and their deaths should be mourned.”

By 1711, there were hundreds of slaves at work in New York — learning trades, farming crops, working in homes and on the docks, and building the foundation of what would eventually become a great American city. According to Columbia University, about 40 percent of white homes owned slaves at the time.

But if you travel to Lower Manhattan today, you almost wouldn’t know that slavery was ever present in the city.

“In Lower Manhattan, with the exception of the African burial ground memorial, there are no reminders of the slave market and the incredible injustices that happened there and have been unrecognized by our city,” James G. Van Bramer, chair of the City Council’s Committee on Cultural Affairs, said at a hearing last year. “We must never forget what happened, and it is important that native New Yorkers, tourists and everyone alike be reminded of what happened there. And that we mark the contributions of enslaved Africans who built our city, including our City Hall and the wall that would give the name to Wall Street.”

Initially, the buying, selling and trading of slaves was conducted privately, according to Columbia University. Some slaves were even sent out on their own to find work. But in 1711, in response to anxieties of white, middle-class New Yorkers who feared that the presence of so many black slaves looking for work on the streets might raise the risks of an insurrection, the market was erected.

“All Negro and Indian slaves that are let out to hired” would be “hired at the Market house at the Wall Street Slip…” the City Council declared.

It was more than 50 years later, in 1762, when the market was finally taken down. But historians have noted that New York has a long history of support for the institution of slavery, even though it later became known for its role in helping abolitionists dismantle it.

New York would become an economic and cultural powerhouse. But rarely is slavery or segregation talked about in the re-telling of those events. And the places that played a key role in the events of that time are just as difficult to identify.

This Is Why You Can’t Draw a Perfect Circle

Where Are The Romanovs’ Missing Fabergé Easter Eggs?