With six Rocky films in the history books, there is a unique history to the movies that hoped to inspire audiences with the story of an almost has-been rising to the top of the world of boxing. From the love between Rocky and Adrian, to the dedication and inspiration of Mickey and Paulie, to the ever increasing level of sinister opponents, the Rocky series (well, except for the fifth one) were sequels that didn’t rob the original of its glory.

Check out our list of 12 Facts You Need to Know about Rocky Balboa. 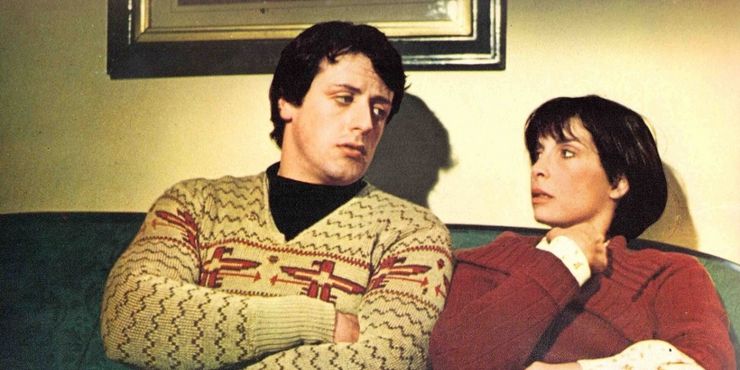 Shot over an extremely short time frame of just 28 days, Rocky cost only $1.1 million to produce. Destitute at the time, Sylvester Stallone refused to sell the script unless he was given the starring role. This led United Artists to cut the $2 million dollar budget for the film in half, as taking an unknown Stallone on as lead meant a bigger box office risk.

When the film went over budget by $100,000, the producers were held liable for the overage and mortgaged their homes to finish the movie, a gamble that paid off handsomely. 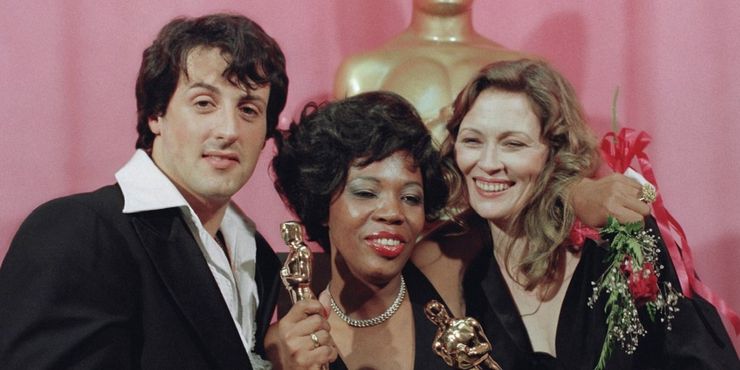 In the first Rocky, Balboa loses his match against title holder Apollo Creed, but he goes the distance with the established fighter, and the match comes down to a split decision that goes Creed’s way. However, Rocky did end up the 1976 box-office champion, grossing $225,000,000 worldwide.

Critics and audiences loved the film, and it ended up nominated for seven Academy Awards. It didn’t win every competition, but it took home the heavyweight prizes of Best Editing, Best Director, and Best Picture. Even more impressive, Rocky beat prestigious movies like Network and Taxi Driver to take home the top honor. 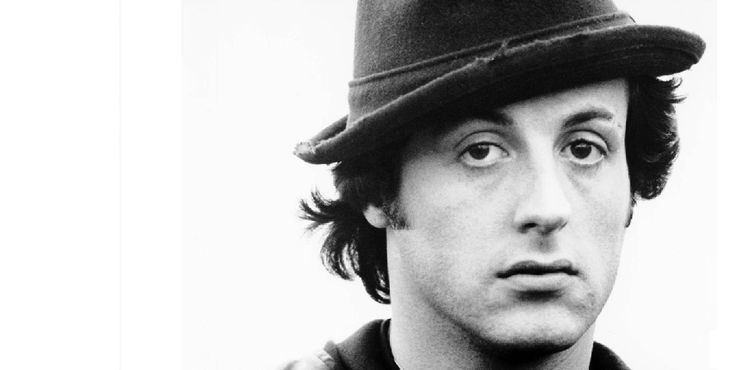 Inspired by his father to be physical because he wasn’t smart, Rocky Balboa grew up idolizing boxers, and took his nickname Rocky from the famous Rocky Marciano. While Rocky’s name is never revealed on screen, the boxer’s real first name is revealed in an early draft of the Rocky II script.

Born as Roberto Balboa, Rocky spent years fighting both in the ring as an amateur and professionally as a loan collector. It wasn’t until Apollo Creed’s open call for a wild card contender to fight for the championship, that Roberto got his first shot at a big fight.

Lucky for us they chose to stick with the nickname because we probably wouldn’t have seen six Roberto movies.

One highlight of every Rocky movie is the intense training montage in which Rocky trains for his next big fight. In the Rocky II montage, Balboa runs through Philidelphia, passing by landmarks and having a pack of kids follow him all the way to the Art Museum steps.

A Philadelphia writer decided to plot Rocky’s run and figure out the exact route he would have needed to take in order to make the scene possible. Taking the most logical route, the Italian Stallion would have tracked just over 30 miles, or 1.16 marathons. In recent years, an independent, non-official re-creation of the route has performed without the sanction of the city, but with the blessing of film fans everywhere.

8 Rocky Got Hulk Hogan fired from the WWE 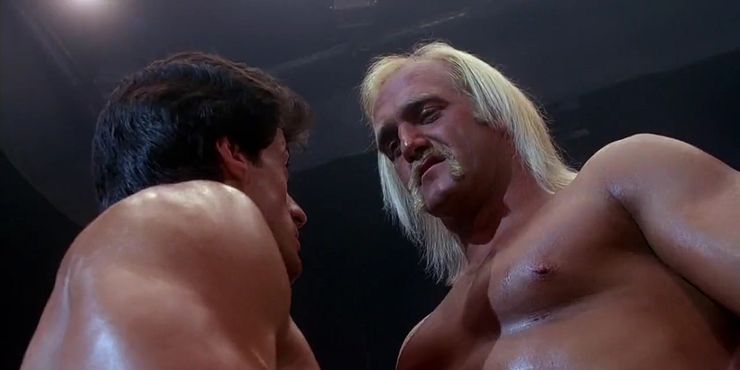 One of the subplots in Rocky III is that the champ has gotten soft and is more interested in fame than boxing. As an example of this, Rocky “fights” wrestler Thunderlips (Hulk Hogan) for a charity bout.

When WWF (currently WWE) owner Vince McMahon Sr. found out that Hogan took on the role without getting permission, he fired the wrestler. It took Hulkamaniacs another year or so before current WWE owner Vince McMahon Jr. bought the company from his father and brought Hogan back on as the star attraction.

In likely the best type of research for a boxing film (beyond just getting in the ring), Rocky III’s villain, Clubber Lang, was played by Mr. T, a former bodyguard to professional boxers. Having worked for Leon Spinks, Sugar Ray Leonard, Joe Frazier and “The Greatest” Muhammad Ali, Mr. T (or Lawrence Tureaud, as he was known then) spent ten years protecting the rich and famous.

Having served as US Army military police and also worked as a bouncer for years, Mr. T had a penchant for being the toughest man in most situations. It was his role in Rocky III that brought him into the limelight and cemented his success as an actor. Rocky III is also the first incidence when Mr. T used his trademark phrase “I pity the fool,” a line that would follow him throughout his career and into the present.

6 Mr. T’s Mother Left the Premiere Ashamed of Her Son 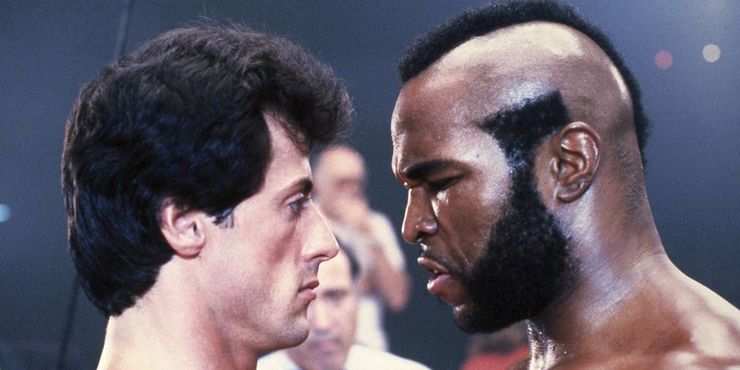 After his father left his family when he was five years old, Mr. T and his eleven siblings were raised alone by their loving mother. As a form of repayment and respect, Mr. T brought his mother as his date for the premiere of Rocky III, his first major role.

In an especially heated moment where Clubber Lang calls Adrian “Woman” and propositions her for sex, Mrs. Tureaud turned and let her son know that she didn’t raise him to talk to women like that. T’s mom left the theatre angry, a moment was guaranteed to have affected Mr. T, as he noted on many times how much his mother meant to him.

5 There is a Rocky Statue 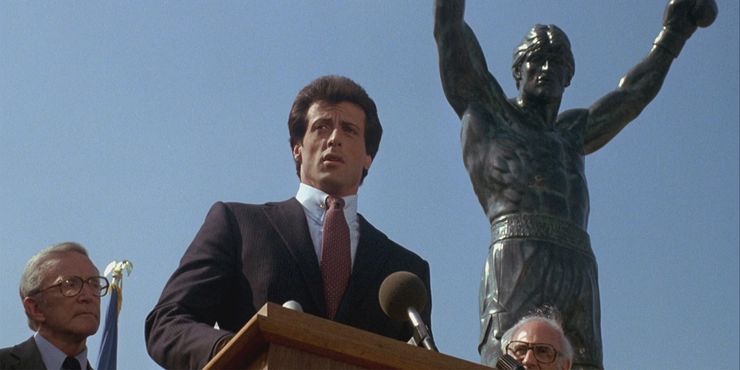 Introduced as a prop in Rocky III, a bronze statue of Rocky was molded for use in the movie and placed at the top of the stairs at the Philadelphia Art Museum as part of a scene in the film. After production had ended, the statue was moved to the Wachovia Spectrum Sports Complex as city officials decided it wasn’t appropriate for the museum.

While the statue was brought back a number of times in order to film scenes for sequels, the official home until 2006 was the Wachovia complex. After decades of campaigning by residents who knew how many tourists would come to see the statue, it was brought the art museum permanently in 2006, where it currently resides near the bottom of the steps.

4 The “Creation” of Ivan Drago was Real 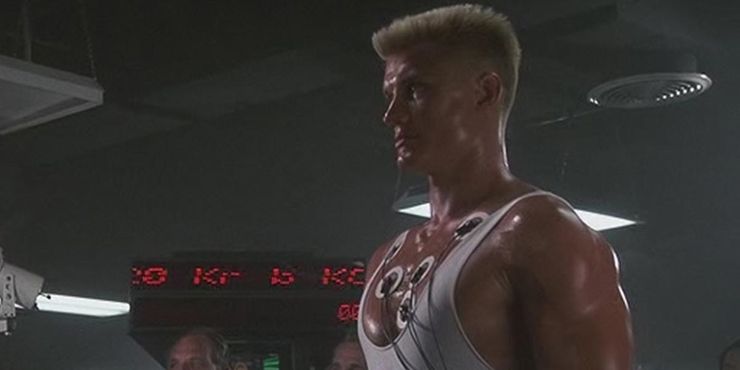 In the middle of the Cold War, the eventual opponent for any American hero had to be a representation of the Soviet Union. Ivan Drago is presented as an engineered fighter, a man who the communists created to prove their superiority over America and the West.

The idea of the Soviet Union working to create a superhuman isn’t too far from the truth and is rooted in a few documented military programs. One such program was carried out during World War II, when 300 soldiers had probes planted in their brains to dull pain reception, and metal grafted under their bones protect from shrapnel and bullets.

Another less invasive program was the famous Red Army sports teams, in which children who showed promise in sports were enlisted. However their duties consisted of sports training and competition, allowing them to devote their entire lives to sports. The program proved a success, with the USSR topping the medal table at almost every Summer Olympics from 1956-1992, only losing to the United States on two occasions (including the 1984 Olympics in Los Angeles, which the USSR boycotted). 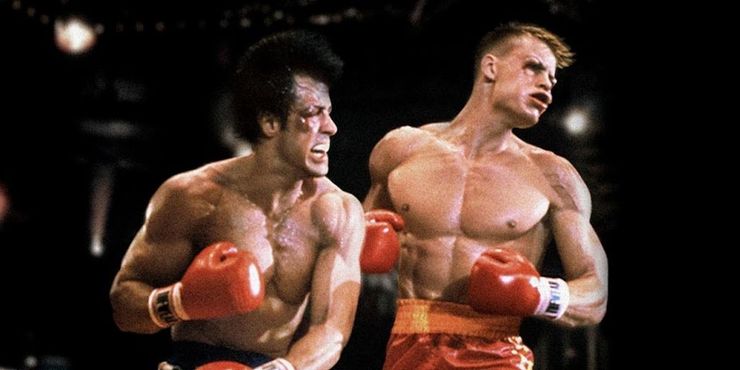 Before filming Rocky IV, director Stallone asked Lundren to add some extra weight, as he felt the Swede looked too lean for the role of the imposing Ivan Drago. This advice paid off in the way Stallone expected, but almost cost him his life.

Trying to make the matches look as realistic as possible, Stallone also demanded the fighters throw actual punches while shooting. Lundgren obeyed, and hit Stallone so hard in the chest, his heart smashed into his rib cage, and caused swelling. For eight days the Rocky actor was in intensive care with a blood pressure above 200 and difficulty breathing. 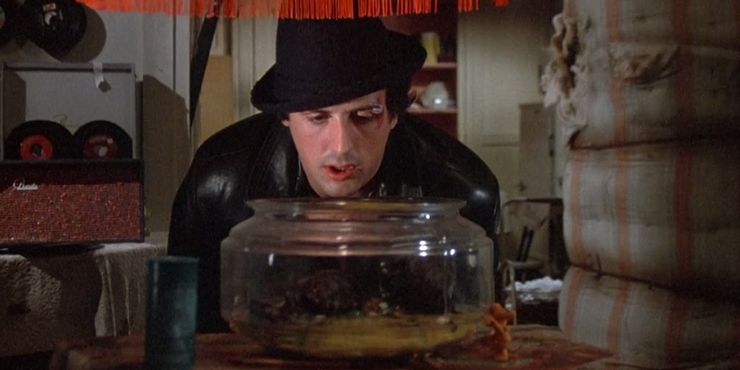 In Rocky, Adrian works at a pet store and, as a way of getting her attention, Rock buys a pair of turtles from her. Cuff and Link, like most turtle species, have amazingly long lives, and Stallone took them home after shooting the first movie. 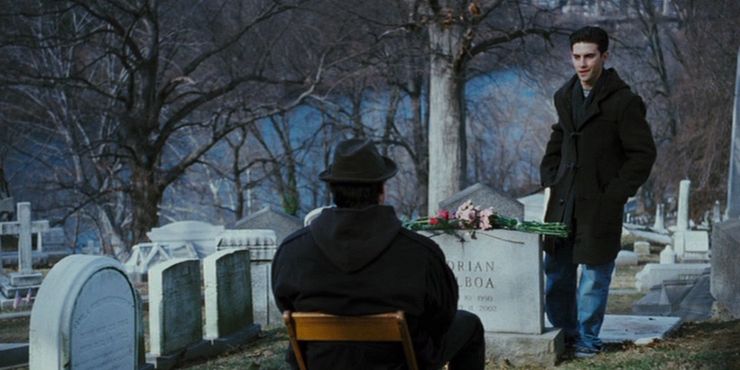 If you travel to 3822 Ridge Avenue, East Fairmount Park, Philadelphia, you can find the real life resting place of Rocky’s loving wife Adrian Balboa near the front entrance of Laurel Hill Cemetery. Originally a temporary prop grave marker made of foam, Sylvester Stallone hated the look of the stone and had an actual granite headstone made, at a personal cost of somewhere between $1,000 and $3,000.

The cemetery isn’t just famous for it’s fictional inhabitants. Many American revolutionary figures from the American Revolution and Thomas McKean, a signer of the Declaration of Independence, are buried here. If you’re interested, there are tours focused on sports figures, American revolutionaries, and even a spooky Halloween tour of the graveyard.

75 Emerging Artists Take Over The Whitney For 2019 Biennial