Home TKN News Sports What is the oldest baseball stadium?…. The answer might surprise you

If the questioned, however is, what is the oldest continually used baseball park, then the answer is a bit different.

Labatt Park is the “oldest continually operating baseball grounds in the world”. It has a history dating back to 1877 and since December 31, 1936 the park has been owned by the City of London, Ontario, Canada. Formally Tecumseh Park, 1877-1936, it is a baseball stadium near the Thames River. 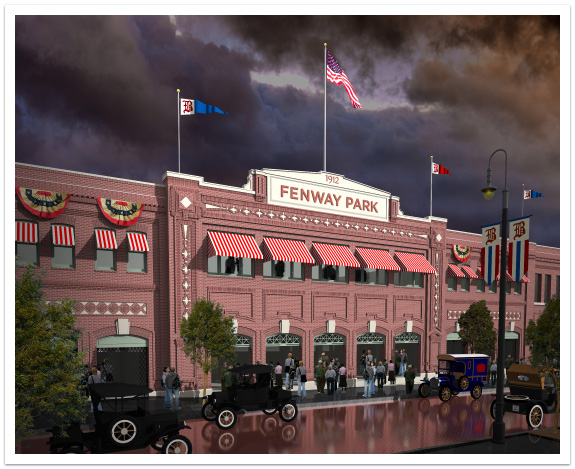 Because of the ballpark’s age and constrained location in the dense Fenway-Kenmore neighborhood, the park has hand many renovations and additions over the years. Although not always by design the changes have resulted in some unique and quirky features. Features like “The Triangle”, “Pesky’s Pole” and the famous Green Monster.

That streak was finally broken in 2013 but it still remains one of the hottest tickets in town. 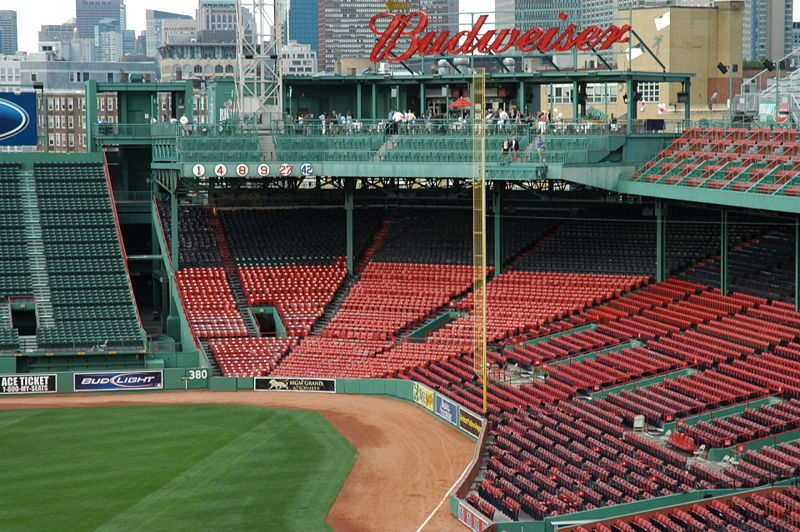 Pesky’s Pole view of the fence directly behind. Notice how it sharply curves away. Another one of the unique quirks that make Fenway Park speciel.

The pole was named after John Pesky, a light-hitting shortstop and long-time coach of the Red Sox.

On September 27, 2006 on Pensky’s 87th birthday, the Red Sox organization dedicated the right field foul pole as Pensky’s Pole with a commemorative plaque placed at its base. 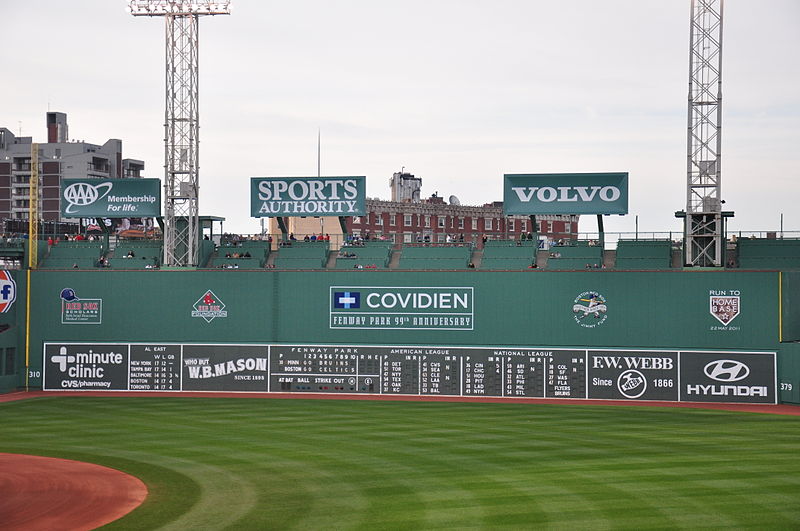 In May of 1999 the Red Sox CEO John Harrington announced plans for a new Fenway Park to be built near the existing structure. It would seat 44,130 and would be a modernized replica of the current Fenway Park. Some sections of the existing ballpark would be preserved (Mainly the Green Monster and the third base side of the park) as part of the overall layout.

This proved to be a very controversial idea and many Boston area sports fans considered this old baseball park design too scared to touch. After several rounds of deliberation the Boston Red Sox were never able to reach an agreement with the City of Boston for a new stadium.

Over the past 10 years Fenway Park and had over $285 million in renovations and improvements and a new stadium has never been agreed upon. In 2011 team president Larry Lucchino stated that all renovations were complete.

At the same time, he said that engineers have told the team that the structure could remain in use until as late as 2016. Sounds to me like there is no plans on building a new stadium to me. When compared to the seating capacities of the recently built stadiums Fenway is the only stadium that cannot seat over 44,000.

With Fenway Park recognized as the oldest baseball park it seems appropriate to make mention of two parks built in that same era, Wrigley Field and Dodger Stadium. They are the second and third oldest baseball stadiums in Major League Baseball. 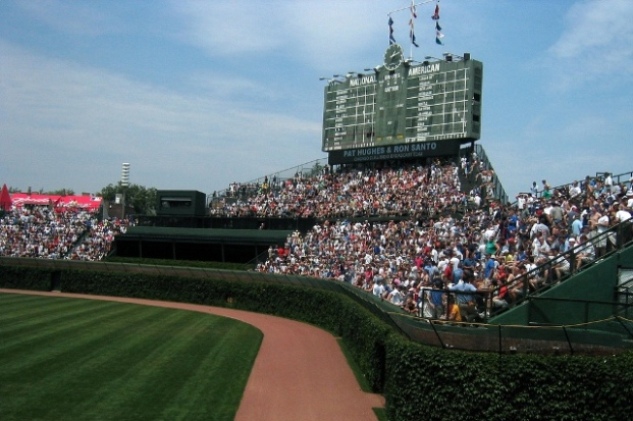 Wrigley Field is the second oldest Major League ball park still in use today and celebrated it’s 100 year anniversary in 2014.  Built in 1914 it originally carried the name Weegham Park.

Named after founder, Charles Weegham, Weegham Park was as home for the Chicago Whalers of the, then, Federal League.

In November of 1918 Chewing Gum Magnate William Wrigley Jr acquired control of the Chicago Cubs but it wouldn’t be until 1927 that the park would officially carry the name “Wrigley Field”.

For more details on this historic park hop over to “Wrigley Field Comes In Second to Wrigley Field” for some insightful tidbits on the second of the oldest baseball stadiums. 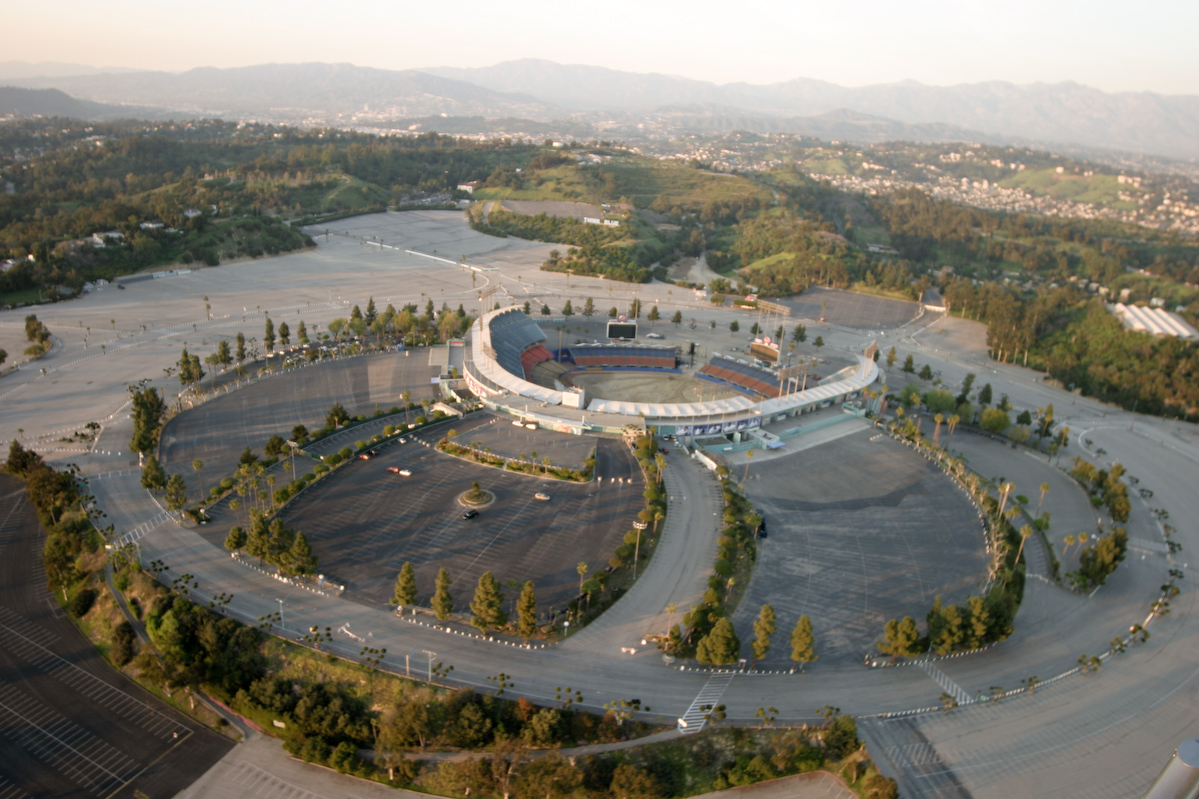 Dodger Stadium is the third oldest, MLB Stadium. Carved out of the hillsides of Chavez Ravine overlooking the city of Los Angeles in the San Gabriel Mountains was home for Walter O’Malley’s transplanted Dodger baseball club.

The Dodgers are members of the National League West division of Major League Baseball. Established in 1883, the team originated in Brooklyn, New York, where it was known by a number of nicknames before becoming the Brooklyn Dodgers in 1932.

Team owners constantly looked for the better financial deals for their respective teams. Baseball was growing and as its popularity moved west along with the people, the need for baseball parks and teams grew with it. In 1958 Brooklyn Dodgers and Manhattan’s, New York, Giants, shocked the Baseball world by moving to the west coast. 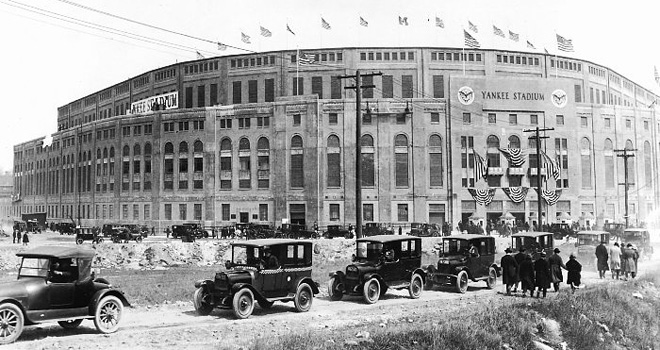 Some have asked, Why is Yankee Stadium part of this article? Simply because of its major significance in baseball field history and plus I just love the Park.

The original Yankee stadium was built from 1922-1923 and officially opened for the 1923 MLB season. It served as home for Brooklyn’s New York Yankees who has shared the Polo Grounds with the New York Giants football franchise.

Built at a cost of 2.4 million dollars ($32 million in 2014 dollars) the stadium construction was paid for entirely by team owner Jacob Rupert.

Although by definition Yankee Stadium cannot qualify as one of the Oldest Baseball Stadiums it clearly deserves mention in this article, especially when you consider that Major League Baseball has been played within one block from it original location since 1923.

How Does a Hot Air Balloon Fly?