Home TKN News Healthy Living How to get into Wrestling?

When people hear wrestling, most think of the glamour extravaganza of WWE, but it is a sport steeped in Olympic heritage, and one of just two still limited to amateur competitors at the elite level.

Greco-Roman wrestling appeared in the first modern games in 1896, and it was joined by Freestyle wrestling in 1904. The aim of the game is to pin your opponent to the mat, and though it requires massive strength and fitness at the highest level, it can be a lot of fun.

There are plenty of options for people to get involved in the sport from the grassroots up, with clubs littering the country.

For a full list of wrestling associations and clubs please visit https://www.teamusa.org/usa-wrestling/clubs

The earliest documented wrestling match took place in the Eighth century B.C. at the ancient Olympic Games, according to the International Federation of Associated Wrestling Styles. The Greco-Roman style of wrestling was registered in the modern Olympic games in 1896, and has remained a staple in the Olympic games since. In addition to Olympic wrestling competitions, smaller tournaments and bouts gradually appeared in the early 1900s, resulting in numerous high school and college wrestling teams.

The two most common styles of wrestling practiced around the world are Greco-Roman and freestyle wrestling. The Mt. Lebanon School District Wrestling Regulations lists two additional wrestling divisions: Olympic wrestling and college wrestling. Televised professional wrestling leagues are generally not included in the list of wrestling divisions, due to the fact that these fights are often staged and are not determined by skill. One primary difference between freestyle and Greco-Roman wrestling is that freestyle wresters are able to perform holds on the waist and legs, allowing for a greater variety of holds. 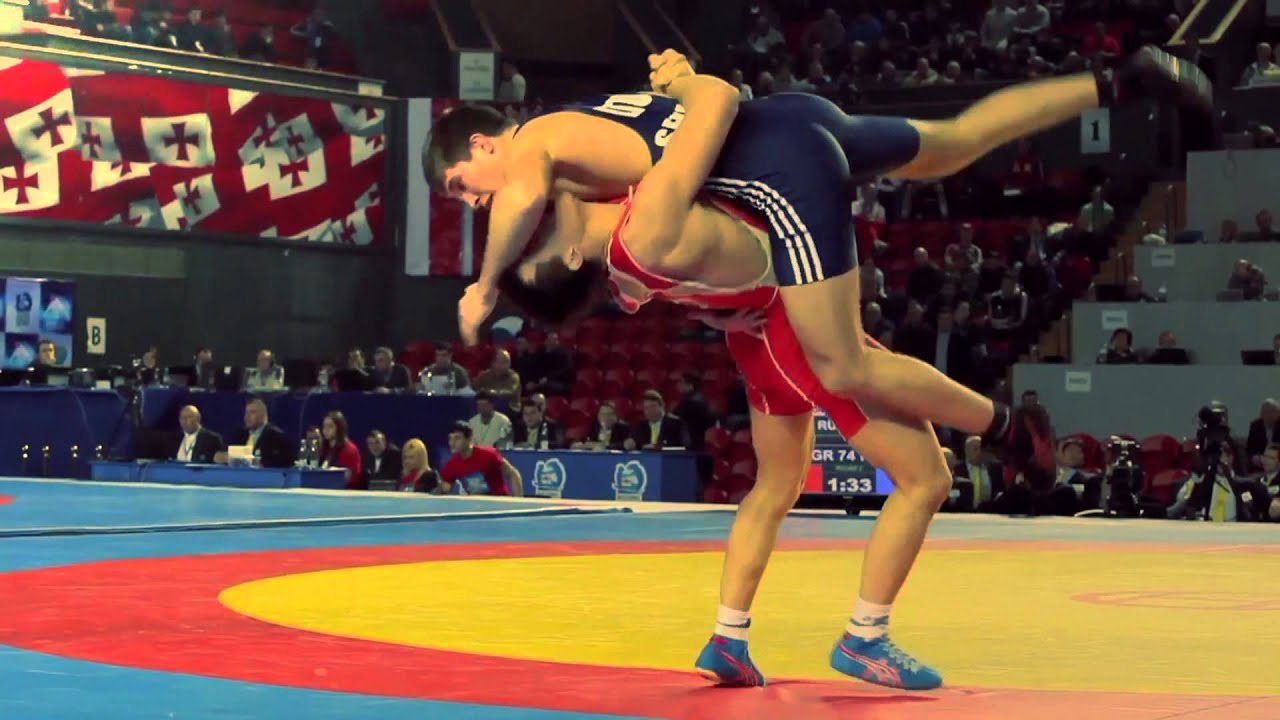 Tournaments and competitions governed by the International Federation of Associated Wrestling Styles use four divisions for scoring points in a wrestling match. Takedowns, worth two points, are scored when a wrestler brings their opponent down from a standing position. Reversals, also worth two points, are scored when a wrestler who is controlled by the opponent executes a move that allows them to assume a controlling position on top of their opponent. Pinning an opponent so that his back is on the mat or tilted farther than a 45-degree angle toward the mat can score two to three points depending how long he is pinned. Lastly, a single point is earned when a wrestler successfully escapes from an opponent and returns to a standing position.

The USA Wrestling weight division chart lists a variety of age and weight factors for determining a division. For example, two fighters who are born between 1995 and 1996, and who both weigh between 152 and 167 pounds, would be considered in the same weight division and eligible to compete in a best-out-of-three competition as of 2011. Since body weight can be a primary success factor in wrestling, these divisions attempt to create an even match between opponents of the same size. Unlike other grappling arts, such as judo or jiujutsu, competing wrestlers are determined solely on their age and body weight as opposed to belt rank or skill level.

Why Are So Many Male Dance Students Still Bullied Today?

Why Being a Musician Is Good For Your Brain