Shark fin soup has been a popular part of the Chinese cuisine since the late 1300s. It is usually served at weddings and banquets, but it is always a frequent item on the menu of Chinese restaurants all around the world.

Because a bowl of soup can cost up to $100, the fins are the most economically valuable part of a shark. And since shark carcasses are bulky, take up space and are worth less money, the practice of removing the fins and throwing the bleeding carcasses overboard is far too common. This practice, known as “shark finning,” only uses between one and five percent of the shark. Furthermore, without the bodies, it is nearly impossible for fisheries managers and scientists to accurately identify the species an

Because of the growing Chinese economy, the demand for shark fin soup has increased. It is estimated that between 100-150 million sharks are killed every year just for their fins. Some species of sharks have reduced over 90% in population for a bowl of soup that has no scientifically proven nutritional value.

Sharks have been part of our ocean’s ecosystems for 420 million years. The practice of shark finning is depleting the ocean’s shark population by 100-150 million sharks every year. Several species of sharks have decreased in size by 90% due to finning alone.  I have an understanding of traditions, yet many cultural traditions have been broken and changed throughout history. The practice of shark finning used to support a tradition is no exception to change, especially when species are being driven to extinction. 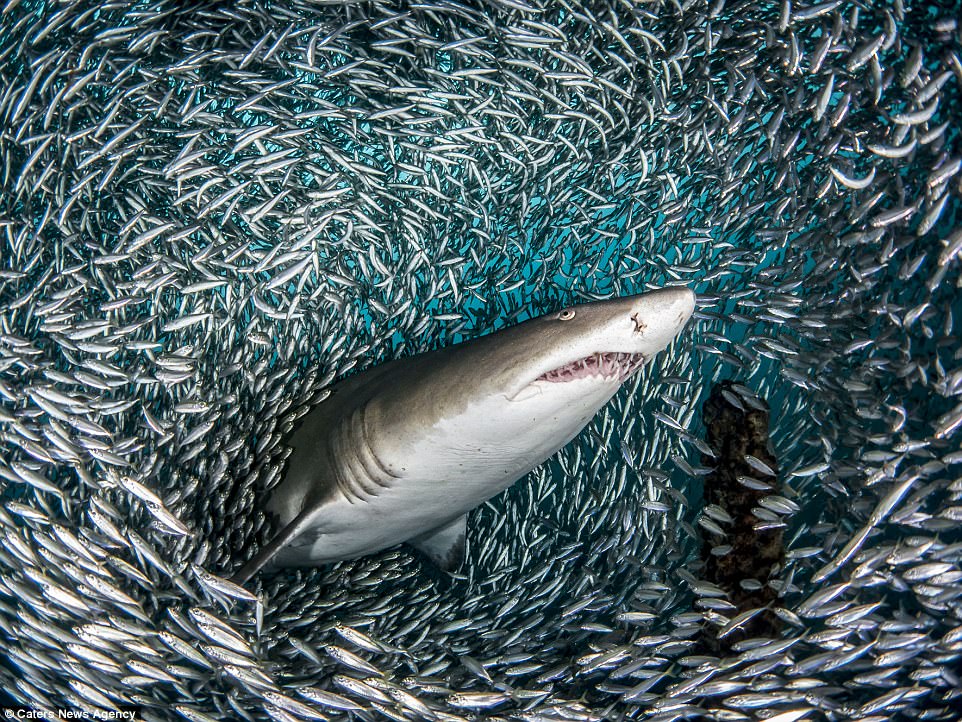 Sharks are a very important factor in balancing our ocean’s ecosystems. Sharks act as scavengers, preying upon dead or sick animals and they act as apex predators by controlling populations of species. They maintain species diversity by preying upon the most available species.  They act as crowd control to help maintain the balance of the ecosystem. Sharks also act as a food sources for other sharks and killer whales. Without sharks, the balance of the ocean will topple, creating a devastating effect.

Half of the oxygen we need for survival is produced via phytoplankton photosynthesis. Photoplankton is responsible for taking in carbon dioxide molecules and turning them into oxygen.  Millions of these tiny marine plants drift near the ocean’s surface. Tiny animals called zooplankton eat the photoplankton, as well as clams and other small fish.  Jellyfish, some whales and other fish in turn eat the zooplankton.  Larger fish eat the animals that feed off of the zooplankton and so forth and so on.  Any link in this food chain that is missing will create an imbalance.

Sharks control the population of species that feed off photoplankton.  With a decline in the shark population, there is going to be a steady decline of photoplankton, therefore affecting the oxygen levels of the oceans.  Oxygen on Earth is very dependent on the oxygen of the ocean. If we neglect this fact, we are bringing death to the Earth.

We need sharks in order for our own long-term survival here on Earth.  Traditions may be considered an ancient part of a particular culture and hard to change, yet there needs to come a time when the pros and cons of that tradition are considered. Within the last 20 years, many species of sharks have fallen to only 1-10% of their original population.  Sharks have relatively few offspring a year and are slow to mature. It may take 15-20 years for a shark to reach sexual maturity. They cannot reproduce fast enough to make up for the increasing number of deaths every year. Sharks existed before there were dinosaurs and they pre-date humans by millions of years. Yet, in a relatively short period of time, humans and their technological arsenal have driven most shark populations to the verge of extinction.

How Can You Help?

Most importantly if you see shark on the menu, do not order it. Chances are it was fished unsustainable. Inform your friends and family about how sharks really need our help before it is too late. Last but not least always go for products that are environmentally friendly, not only will this be helping the sharks, but it will be helpful to all ocean life. Since the ocean covers 70% of our earth it’s important that we help keep it in balance.We CAN make a difference. You CAN make a difference.

While shark fins and other shark products are valuable, the role sharks play in the marine ecosystem is priceless. If we remove sharks from our ecosystem, the results will be disastrous.

Is your bottled water coming from a faucet?

What is climate change? The definition, causes and effects