Home Art+Culture The History of Glass

Glass has existed for millions of years. Whenever natural events involving super high temperatures -volcanic activity, lightning strikes, or the impact of meteorites- cause certain type of rocks to melt, fuse, and then cool rapidly, glass is formed. Fossil evidence shows that Stone Age humans used this natural glass to make tools, such as spearheads, and cutting instruments, as far back as 9,000 years ago. (Better dating techniques may eventually push that date back much further.) Obsidian, the shiny black glass formed when lava cools quickly (as when flowing into water), was widely used by ancient people for these purposes. 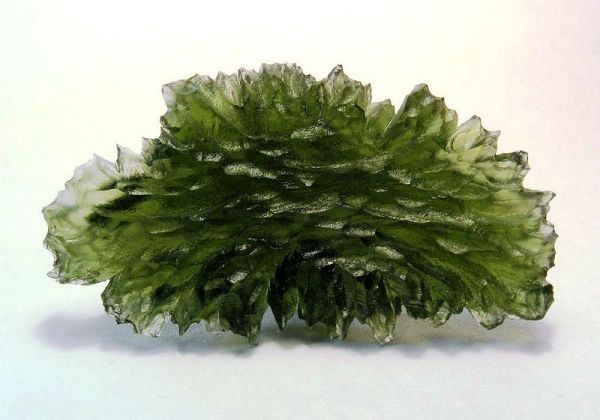 After thousands of years of using naturally-formed glass, humans finally discovered how to make it -probably by accident. The Roman historian Pliny wrote in A.D. 77 that Phoenician sailors places “stones of soda ash” into a fire (presumably to rest their posts on) on a sandy beach. They later found a “hard smooth stone” in the ashes. That’s one possible scenario, given that sand, soda ash (sodium carbonate) , and heat are all ingredients for making glass. Another possibility is that potters inadvertently let some sand drift into their kilns, where it stuck to the wet clay, accidentally creating a hard, smooth glaze on their pottery when the baking was done.

However glassmaking was first discovered, historians agree that it happened about 6,000 years ago. The story of glassmaking after that is one of continuous technological change: refining the recipe to create new types of glass, learning to shape it into new forms, and finding new and better uses for it.

The first known methods used for shaping molten glass into objects were drawing and casting.

* Glass drawing. A metal hook is used to pull molten glass out of a tank while it is a very thick, red-hot liquid. In this state the glass can be drawn -much like taffy- into long, thin strands, which are allowed to harden into rods or are cut into decorative beads while still soft.

* Glass Casting. Molten glass is poured into a form and allowed to harden. The earliest glass molds were probably made out of sand. 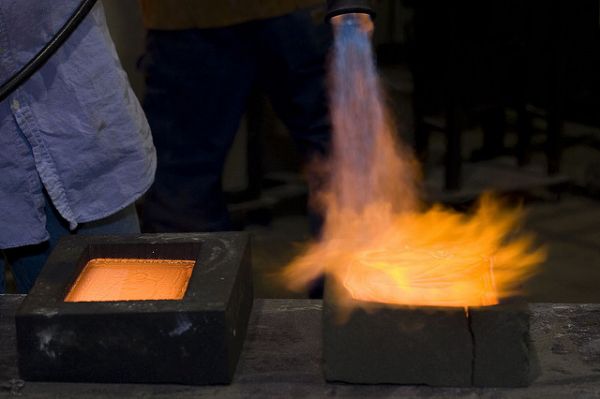 These methods are believed to have been first used by Sumerians in ancient Mesopotamia (Iraq and Syria) more than 5,000 years ago. Glass beads and simple cast pieces dating to approximately 3,500 B.S. have been found in the region, and glassmaking instruction have even been discovered in ancient Sumerian texts. This new technology was passed around in trade routes to neighboring societies, and over the next 2,000 years, simple glassmaking spread across Mesopotamia and the Middle East.

The next big leap for glassmaking was using it to make containers. Around 1500 B.C., Egyptian glassmakers discovered that they could dip solid cylinders of silica paste (made of crushed sand and water) into molten glass. They allowed the glass to harden and then broke the core out -thus making the first known glass containers. The method was improved by pouring molten glass over compacted sand forms, and later by another technique, known as glass pressing: molten glass was poured into a mold, and another mold was pressed down into it. (This is till how many bottles are made today, but the process is done mechanically.)

A huge improvement over wood or clay containers, glass was put to many uses: as bottles for perfumes, dyes, and cosmetics; or as containers for carrying and preserving food and beverages such as honey or wine. 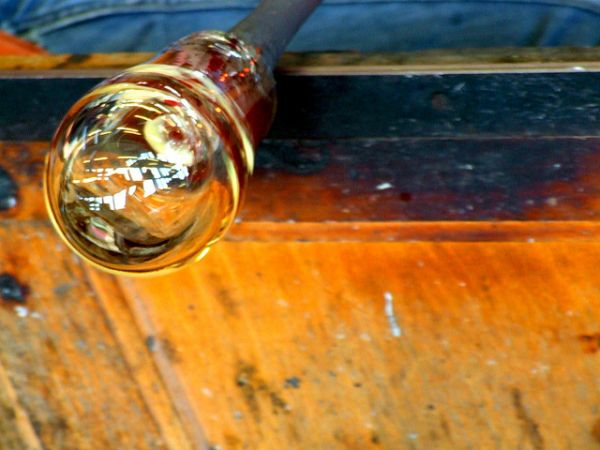 Around 30 B.C., craftsmen in Phoenicia (Lebanon and Syria) discovered that if they blew through a hollow metal tube into a lump of molten glass, it wold inflate and take shape. Glassmaking would never be the same. It quickly changed from the limited use of crude molds to the seemingly infinite possibilities of glassblowing. Craftsmen could now produce a greater variety of wares for a greater variety of uses. And they could do it faster, easier, and cheaper than ever before.

At the time, Phoenicia was part of the Roman Empire. The Romans embraced the new technology and over the next several centuries spread it throughout their empire, including the Middle East, North Africa, and almost the whole of Europe. Glassblowing would remain the dominant way of making glass in these regions for the next 2,000 years. 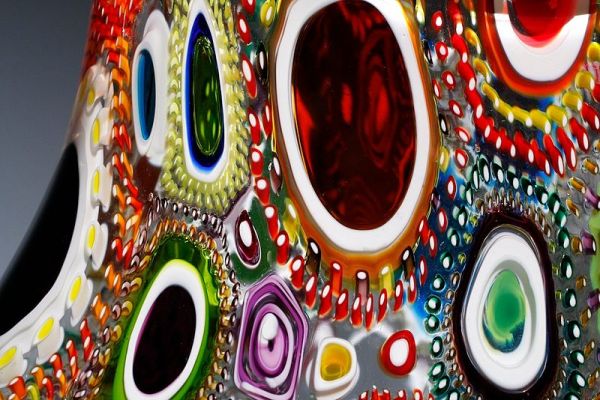 Certain qualities of glass -color, transparency, and heat resistance, to name a few- are determined by the ingredients that are mixed with the silica. Through experimentation, these recipes gradually improved, and around A.D. 100 in Alexandria, Egypt, manganese oxide, a commonly-found mineral, was added to the mix. Result: a formula for nearly transparent glass. This soon led to the use of glass for windows (although only in the most important buildings in the most important cities, like Rome and Alexandria). Early windows were usually cast, but some may have been made from rolled glass: modern glass poured on a flat surface and rolled out like dough. Either way, the first glass windows were thick, cloudy, and uneven -but they let in light and kept the weather out.

The fall of the Roman Empire in the fifth century marked the beginning of the Dark Ages in Europe and a near-halt in the progress of glassmaking. But by the seventh century, new Muslim empires began to flourish in the Asia and Africa. Over the next several centuries, Arab artisans, especially those from Syria, became the world’s premiere glassmakers. They made huge advances in cutting, engraving, and coloring techniques, as well as inventing ways to paint, enamel, and gild glass. Intricately decorated, multicolored, gilded glass pieces from this era -especially vases in a wide variety of shapes- have been found in all parts of the Arab world. Even after dominance in the trade would shift back to Europe, European glassmakers were greatly influenced by the artistic and scientific advances of their Arab counterparts. 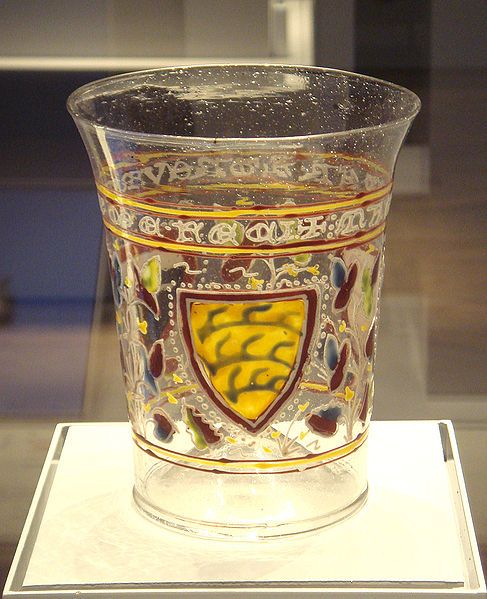 Nobody knows exactly when glassmaking began in Venice, but by 1224 the city’s glassmakers had already formed a guild to protect their trade. By 1291 there were so many Venetian glassmakers that their furnaces were causing fires all over the city, which prompted the city council to move them all to the nearby island of Murano. This actually helped the guilds -they were better able to hide their advances from competitors. By the 14th century Venetian glassmakers were the world leaders in all aspects of the craft, including mastering the ingredients for making colored glass. For instance, the right amount of cobalt resulted in deep blue glass; manganese made yellow or purple. One of their more significant achievements was the development of the clearest glass at that time, cristallo. And that led to the first glass lenses, developed in the Netherlands in 1590, which would eventually lead to the invention of eyeglasses, the telescope, and the microscope.

THE INDUSTRIAL REVOLUTION AND BEYOND 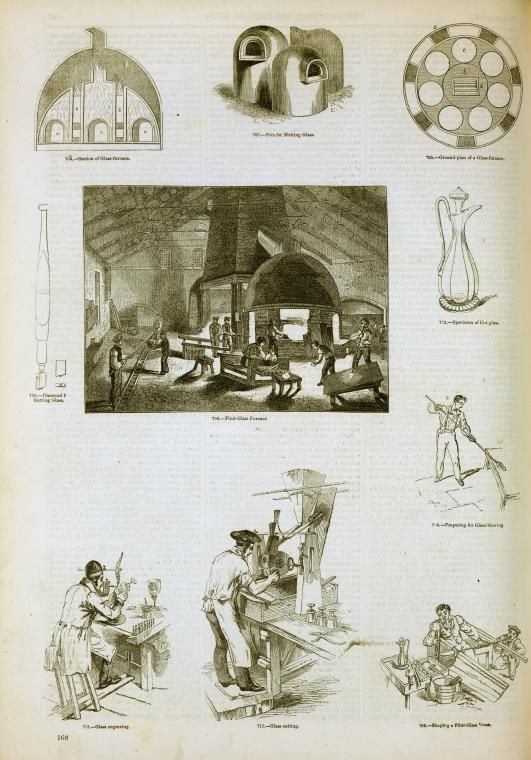 As with many other crafts, the change to factory-made, mass-produced glass meant a fatal blow to an artisan’s craft that had been practiced for thousands of years, but it also meant great leaps forward in quality.* In 1820 a mechanical process of bottle production was introduced in the United States, greatly increasing the public’s familiarity with the use of glass.

* In 1876 John Jacob Bausch and Henry Lomb started Bausch and Lomb in Rochester, New York. They developed and refined many types of lenses for use in microscopes, eyeglasses, and magnifiers.

* In 1915 Corning Glass made the first heat-resistant glass for cookware, calling it Pyrex, from pyro, the Greek word for “fire.”

* In 1919 Henry Ford borrowed from a French invention, putting two layers of glass together with a very thin layer of cellulose in between. The resulting two-ply sheet was transparent and shatterproof. Ford ordered this “safety glass” put on all his cars. (Safety glass is made basically the same way today.) 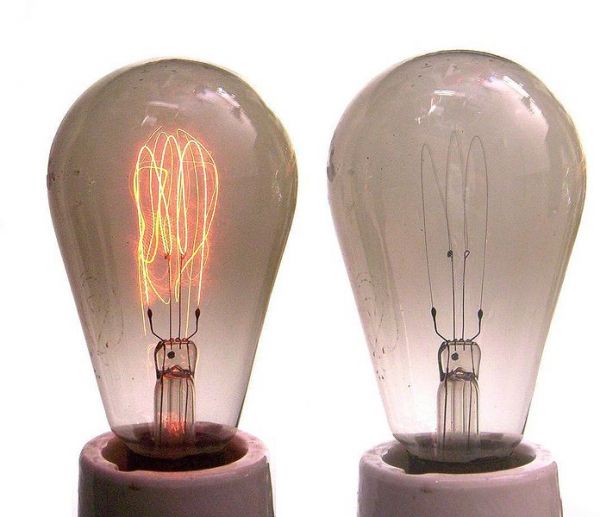 * In 1926 Corning developed the “399” or “Ribbon” machine to make light bulbs. It was soon capable of making 400,000 bulbs a day, more than five times the amount made by previous machines -which made light bulbs affordable for ordinary households.

* In 1959 Britain’s Alistair Pilkington invented the “float process” for making sheet glass. A sheet of molten glass is drawn from a tank, then floated over the surface of a tank of molten tin and allowed to cool. This results in the smooth, lustrous, and consistent finish that consumers now expect -and take for granted- in windows. Nearly all sheet glass made today uses the float process.

* In 1970 Corning developed a workable silica optical fiber, an idea that had been around for decades. Used mostly for data transmission, this breakthrough jump-started the “fiber-optic” age. 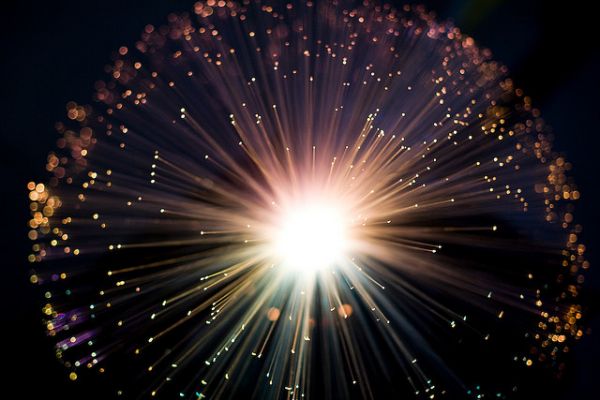 What’s next? A fairly recent development: “smart glass,” or glass coated with different substances that make it react to outside stimuli. You’ve probably seen photochromic glass -glass that responds to light- in self-darkening sunglasses. Thermochromic glass does the same thing in response to heat, and electrochromic, the most promising, responds to electricity; a flick of the switch can change the opaqueness of the glass or how it reflects the light. Other techniques can even change the color of glass.

The science of glassmaking continues to advance. New methods are being discovered to produce glass faster and better; more uses for it are being found in computers, medical devices, and communications, to name a few. Thousands of years have passed since the discovery of that strange stone in the ashes of a fire. Who knows what uses the future holds for that simple but elegant substance -glass.