Between 1976 and 1983, George Lucas and a team of talented creatives embarked on a wild, globe-trotting endeavor to make the original Star Wars trilogy. For this band of actors, directors, and the man who started it all, it was an adventure few would ever forget.

But it was also a brutal endurance test, not just for Lucas, but the people who worked with him. The production of Star Wars and its sequels have gone down in history as some of the most difficult movies to make, and the behind the scenes stories are unlike anything fans have ever heard. Here are 10 such stories. 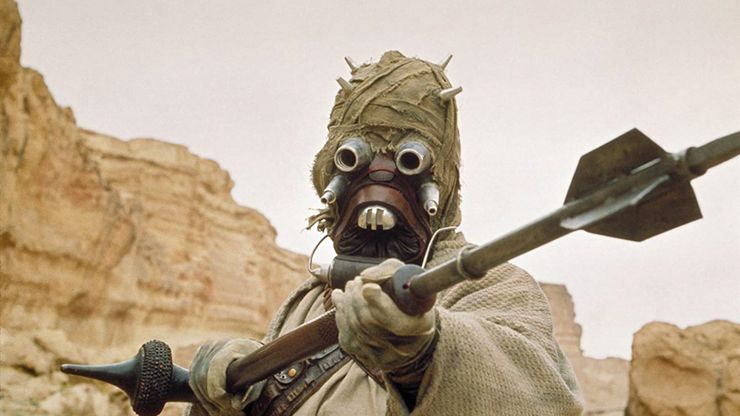 During production on A New Hope, filming for the scenes on Tatooine were shot in Tozeur, Tunisia. It was the perfect location for the dry, sandy environment of Luke’s homeworld, owing to the fact that it hadn’t rained there in seven years. But Mother Nature had other ideas.

Just after arriving in Tunisia, the heavens opened up, and the area experienced the heaviest rainfall in a generation. It rained for four days straight, causing filming to delay and damaging some of the sets.

9. We Seem To Be Made To Suffer 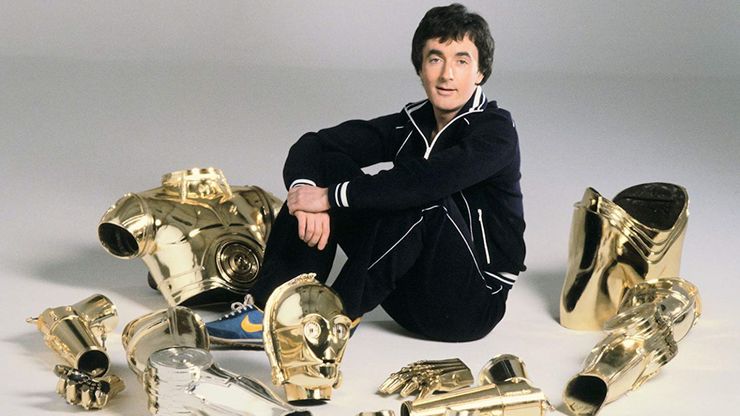 Star Wars wouldn’t be complete without everyone’s favorite nihilist protocol droid, C-3PO. The character, along with his trusty pal R2-D2, has appeared in every movie in the Skywalker saga, and actor Anthony Daniels has played him every step of the way, despite difficulties he experienced early on.

The costume Daniels wore for A New Hope was extremely uncomfortable. It took hours to put on, and according to Daniels, the sharp edges hurt him with every step. Pieces often fell off or broke, and the first time Daniels put the costume on, the entire left leg shattered. No wonder C-3PO was always complaining. 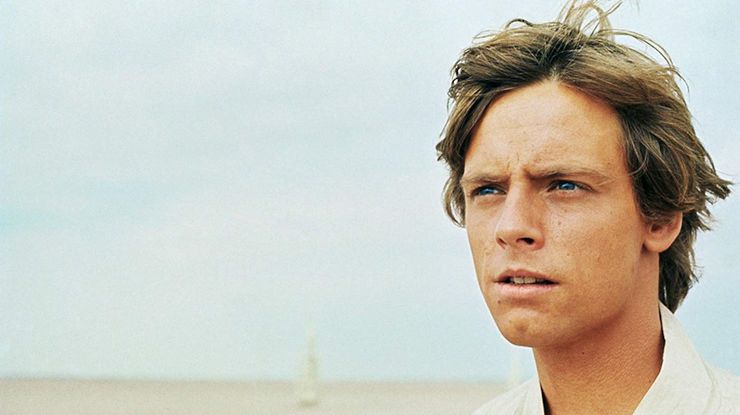 Poor Mark Hamill couldn’t catch a break on the first film’s set. Before filming on Episode IV even began, Hamill hurt his arm, limiting its use during the Tunisia shoot. Things didn’t get any easier from that point. In addition to a bunch of other ailments, Hamill’s nose was broken in a car accident, preventing him from being in re-shoots.

But Hamill wasn’t the only person on set to struggle with health problems. Due to the incredible stress of the movie’s production, George Lucas experienced chest pains that required a hospital visit. Thankfully, it wasn’t a heart attack, just stress. 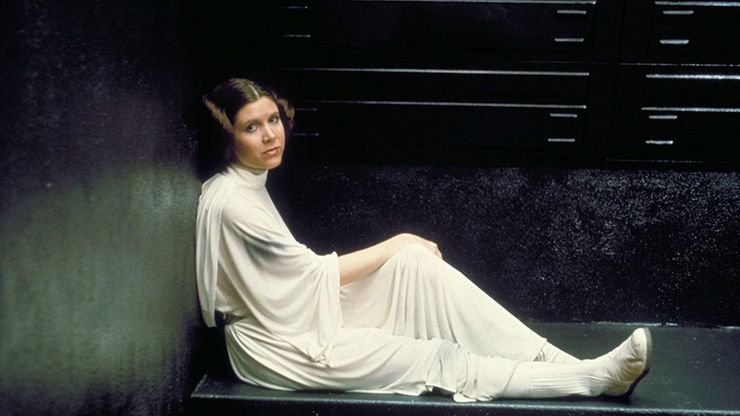 Star Wars helped introduce the world to Carrie Fisher, whose role in the franchise will forever be immortalized in the character of Princess Leia Organa. Over the years, Fisher revealed a number of secrets that occurred on the set of the original trilogy.

One story, detailed in her 2008 autobiography Wishful Drinking, concerns Lucas’ insistence that she did not wear a bra in A New Hope. Fisher said years later that, according to Lucas, lingerie doesn’t exist in space, as the straps could end up strangling the wearer in a zero-gravity environment. With this in mind, Fisher often said that for her obituary: “I want it reported that I drowned in moonlight, strangled by my own bra.” 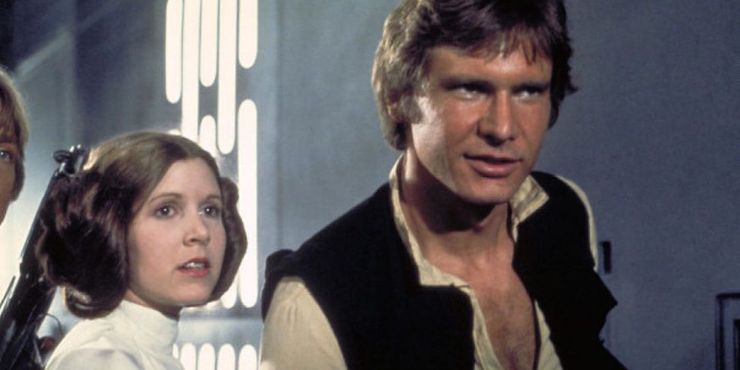 Han Solo and Leia’s relationship in the Star Wars trilogy is one of the most iconic in movie history. This is because their chemistry works so well, despite their occasional butting of egos. But according to her 2016 memoir, The Princess Diarist, their connection was more than an on-screen fling.

In the book, which was based on a diary Fisher kept during A New Hope’s filming, she claimed that she had an affair with Harrison Ford during production. Ford himself confirmed that the affair happened, but has not chosen to elaborate out of respect for Fisher, who died just a month after the book was published. 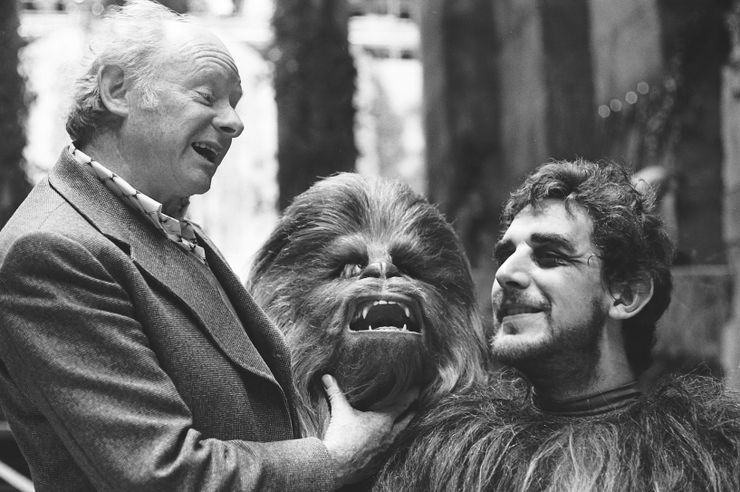 While the late Peter Mayhew may not have had a single speaking role in all of Star Wars, the character he played, Chewbacca, is easily the most lovable sidekick in the franchise. But while the iconic Wookiee is instantly recognizable on screen, from afar, he could be mistaken for something else entirely, like a bear, or a bigfoot.

This was the situation Mayhew found himself when filming the Endor scenes in Return of the Jedi. While shooting in the redwood forests of northern California, Mayhew was escorted by men wearing orange vests, whenever he was in costume. Their concern was that a hunter would mistake him for a sasquatch and shoot him. After all, there are many bigfoot sightings in northern California, so to be safe than sorry. 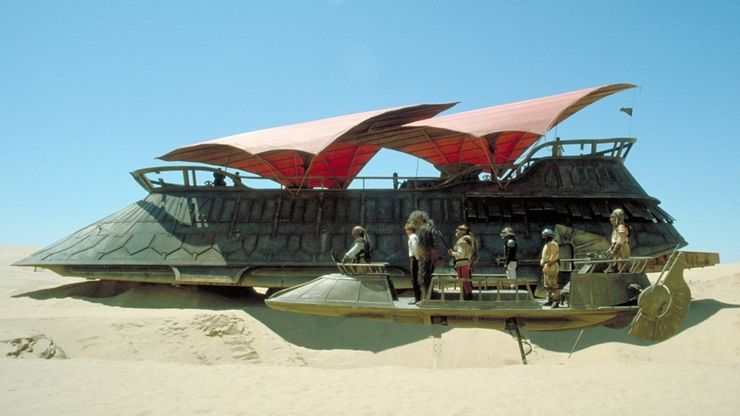 Fans asking for autographs is a part of being a celebrity. Yet, there is always an expectation that when a famous person is working, the autograph can wait. That’s not what a group of desperate fans wanted to hear, when they broke into a closed-off set during the production of Return of the Jedi.

The incident occurred while shooting the Sarlacc pit scene in Buttercup Valley, near Yuma, Arizona. Despite heightened security and a large fence surrounding the premises, a few determined fans managed to break through, where they took some photos and demanded autographs. Thankfully, this was before the internet made sharing photos to millions of people easy, so no harm was done. 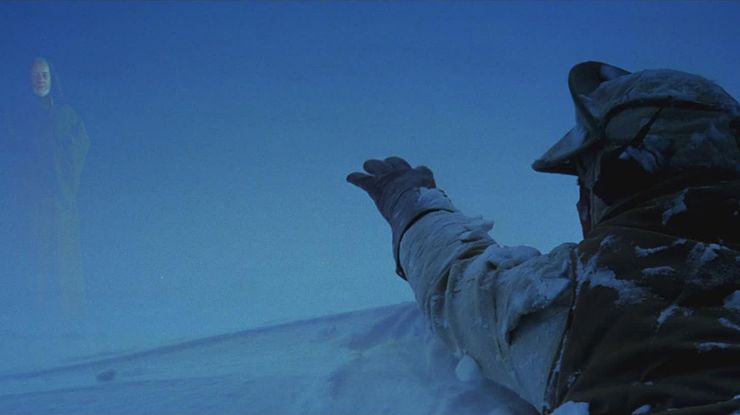 Shooting for The Empire Strikes Back wasn’t any easier than its predecessor. While A New Hope’s crew had to deal with the harsh, unforgiving deserts of Tunisia, the people behind Empire froze their tails off in Finse, Norway. While filming exterior scenes of the planet Hoth, the cast dealt with blizzards, sub-zero temperatures, and hellish wind gusts.

Director Irvin Kershner told of a particularly memorable shot that was taken during one such storm. The shot in question was a scene where Luke wanders back to base after the Wampa attack. Unable to leave their hotel due to the winds, the production crew stayed at the entrance and filmed, while Mark Hamill wandered around in the whirling snow. Needless to say, Hamill was none too pleased with this disposition.

2. A Veil Of Secrecy 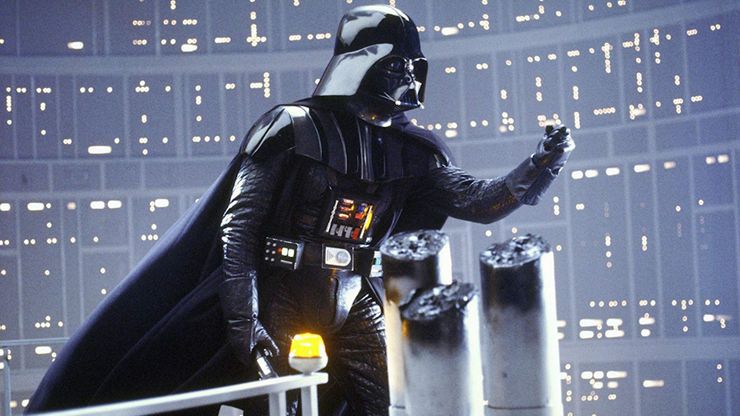 The revelation that Darth Vader was Luke’s father is one of the greatest plot twists in movie history. As such, Lucas wanted to keep it a secret for as long as possible, and they took some pretty innovated steps when it came to placing an airtight lock on the production.

In addition to fake scripts that were handed out to the cast, only a handful of actors were let in on the secret. Mark Hamill was one of them, and Kershner made sure to put a considerable amount of pressure on him to keep quiet. Even David Prowse, who played Darth Vader on set, was kept in the dark about the reveal. He was told to say that Obi-Wan killed Luke’s father. 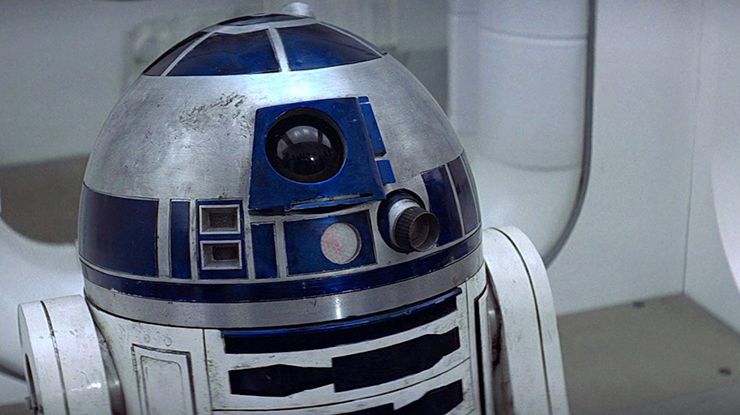 One of the funniest behind the scenes mishaps occurred during the production of A New Hope in Tunisia. While shooting scenes for Tatooine, the production crew for the Biblical epic Jesus of Nazareth had set up shop nearby. For the most part, the two crews didn’t bother each other much. That is, until one of the remote controlled R2 units malfunctioned.

Unable to stop the droid, which no longer responded to the radio control, the crew watched helplessly as R2-D2 paid the folks at the Jesus of Nazareth set a visit. Fortunately, no harm was done, but it would’ve been hilarious if it were caught on film.

Written by BY DAVID CHIODAROLI | ScreenRant

These Are the Most Popular Dog Names for 2019

These Are the Most Popular Dog Names for 2019

What is Disc Golf?

Pearl Harbor, 1941: From a Sailor’s Perspective