Home Art+Culture These Children Are Lifting Their Voices for Social Change, Education

That’s what recent research will tell you. But if you ask Josephine Lee, president and artistic director of the Chicago Children’s Choir, she has found that music can do even more.

“Music can bring about social change,” Lee told The Huffington Post. “From the Civil Rights movement in the United States to the Anti-Apartheid movement in South Africa, music has played a vital role in uniting people throughout history in the struggle for social justice.”

For that reason, the Chicago Children’s Choir unites thousands of students of diverse backgrounds, ages eight to 18, to travel the world and bridge cultural divides simply by lifting their voices in song.

“Music is more than notes on a page,” Lee said. “It’s the vehicle through which we come to understand ourselves and our world. Through exposure to classical, contemporary and multicultural repertoire, we are fostering dialogue about the social issues that we face today.” 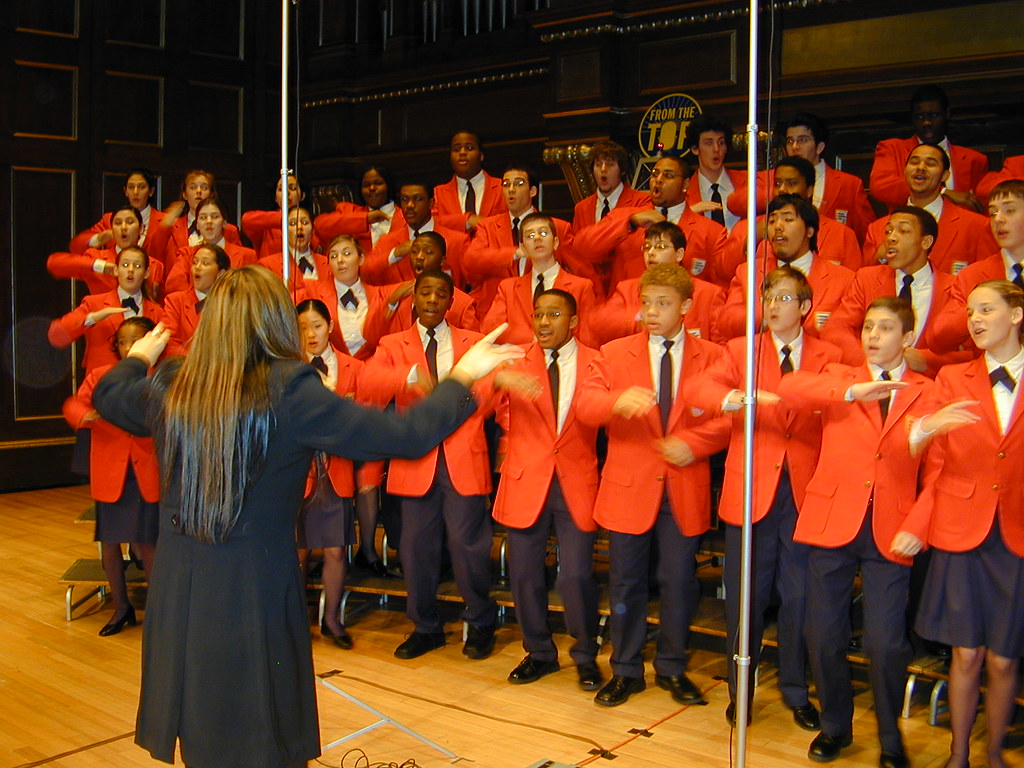 This strong social mission has actually been a part of the choir since its founding in 1956. The late Rev. Christopher Moore created the multiracial children’s choir at Hyde Park’s First Unitarian Church in response to ongoing race riots — a provocative endeavor when many people still objected to integrating schools.

But the once 12-member choir is now the largest youth choral music education organization in the U.S., serving more than 3,500 children each year through three levels of programming: the in-school program in 65 Chicago schools, the neighborhood choir program in nine communities as well as an ensemble for young boys called DiMension, and the internationally renowned Voice of Chicago.

As public schools across the country face dwindling financial support for arts education, the choir’s programs aim to fill a void.

It may go without saying, but a 2013 study, published in the journal Music Education Research, found that singing in a choir is an advantageous way to unite people from various walks of life.

“People find it very satisfying to synchronize with one another,” the study’s lead author Päivi-Sisko Eerola, a doctoral student at the University of Jyväskylä in Finland, said in a written statement. “That increases affiliation within the group and may even make people like each other more than before.”

While only some of the choir’s alumni will go on to become professional musicians, all of them will leave with a better sense of self, Lee said.

“By training singers to connect deeply to music, especially when they sing as a choir — as one voice composed of many — that’s how we teach them to connect to the world around them in a meaningful way,” she said.

Lee added that she has witnessed the power music has to inspire young people, especially when choir students see first-hand that their music transcends cultural and social boundaries. During the choir’s Bridging America tours, singers in the neighborhood choir program travel throughout the country to connect with other young musicians through workshops and performances.

Touring opportunities are not limited just to the U.S., but each year, members of the choir’s Voice of Chicago undertake an international tour, and most recently, performed in the prestigious Jaipur Literature Festival during a 2013 tour to India.

“We are a civic treasure,” Lee said. “Our singers are serving as ambassadors of the community when they go out and tour our nation. When the Voice of Chicago travels the world they are representing our nation, and the music reflects the diversity of our nation – country, jazz, gospel, many of which tell stories of struggle.”

To support the choir’s efforts, its Ambassadors Board is hosting a Signature Series event on Saturday, Feb. 22, from 8 to 11 p.m. to showcase the talent of choir alumni along with other special guest artists. Being held at one of Chicago’s newest venues, the 1st Ward, all of the proceeds from the evening of music will directly benefit the choir’s programs.

A Walking Tour of the Maya Capital of Chichén Itzá