Kobe Bryant left behind a legacy when he died at the age of 41 on Sunday, January 26, including many words of wisdom about his life, family, career and more.

The NBA legend inspired a legion of fans throughout his 20-season run with the Los Angeles Lakers and continued to do so after retiring from the basketball court in 2016. He turned his own triumphs and tribulations into lessons for his admirers about the importance of leadership, drive and work ethic.

Bryant was also a family man through and through. He met his wife, Vanessa Bryant (née Laine), in November 1999 and instantly fell in love. He proposed to her just six months later, and the couple tied the knot in April 2001. The Bryants went on to welcome four daughters: Natalia, Gianna, Bianka and Capri.

However, the Philadelphia native’s time with his loved ones was cut short on Sunday morning when he, 13-year-old Gianna and seven other people were killed in a tragic helicopter crash in the Calabasas area of L.A.

NBA commissioner Adam Silver was among the first to pay tribute to Kobe, remembering him in a statement that read in part, “He was one of the most extraordinary players in the history of our game with accomplishments that are legendary: five NBA championships, an NBA MVP award, 18 NBA All-Star selections and two Olympic gold medals. But he will be remembered most for inspiring people around the world to pick up a basketball and compete to the very best of their ability. He was generous with the wisdom he acquired and saw it as his mission to share it with future generations of players, taking special delight in passing down his love of the game to Gianna.”

In honor of Kobe’s storied life and legacy, Us Weekly rounded up 10 of his most inspirational quotes through the years.

“There’s a big misconception where people thinking winning or success comes from everybody putting their arms around each other and singing ‘Kumbaya’ and patting them on the back when they mess up, and that’s just not reality. If you are going to be a leader, you are not going to please everybody. You have to hold people accountable, even if you have that moment of being uncomfortable.” — Kobe: The Interview on NBA TV, February 2015

“When we are saying, ‘This cannot be accomplished, this cannot be done,’ then we are short-changing ourselves. My brain, it cannot process failure. It will not process failure. Because if I have to sit there and face myself and tell myself, ‘You’re a failure,’ I think that is … almost worse than death.” — Kobe Bryant’s Muse on Showtime, February 2015

“The best thing that happens when we go out, fans will come up to me and she’ll be standing next to me and they’ll be like, ‘Hey, you gotta have a boy! You and V gotta have a boy to have somebody to carry on the tradition and the legacy.’ She’s like, ‘Hey, I got this! You don’t need a boy for that.’” — Jimmy Kimmel Live!, October 2018 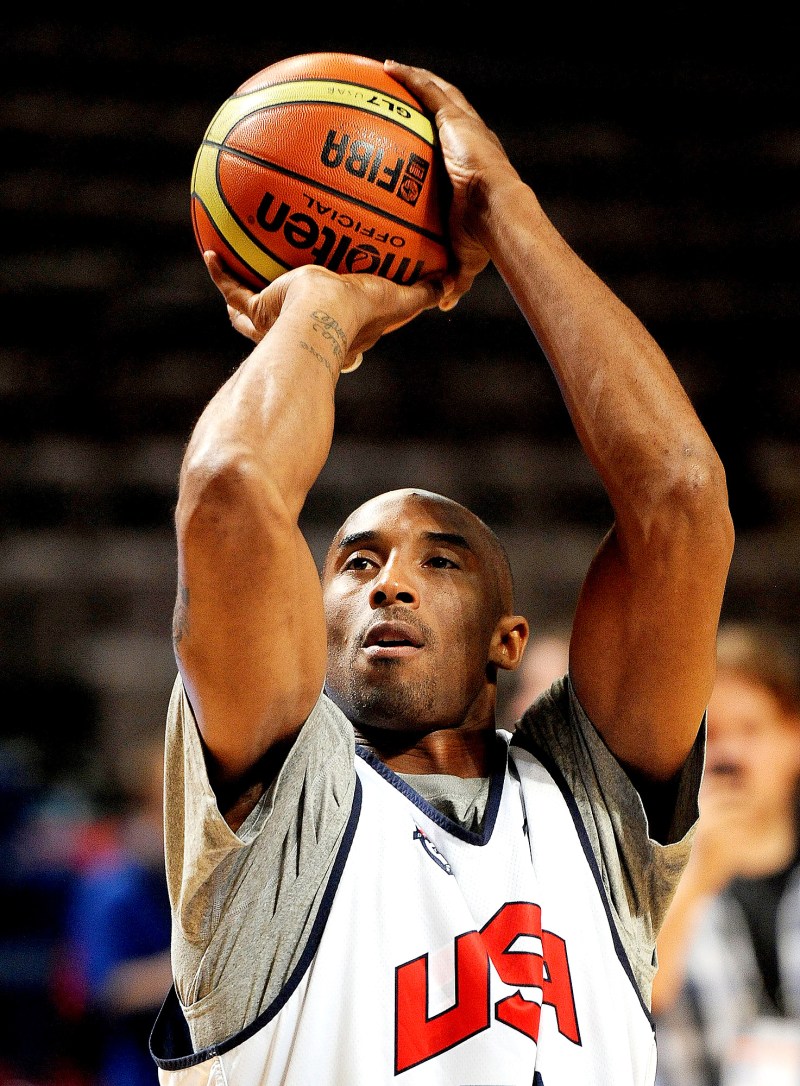 “It’s a long journey but if you focus on the mini milestones along the way you will find beauty in the struggle of doing simple things that … were taken for granted. This will also mean that when you return you will have a new perspective. You will be so appreciative of being able to stand, walk, run that you will train harder than you ever have. You see the belief within you grow with each mini milestone and you will come back a better player for it.” — Instagram, October 2017

“When you make a choice and say, ‘Come hell or high water, I am going to be this,’ then you should not be surprised when you are that. It should not be something that is intoxicating or out of character. …It has been here the whole time, because it has been [in your mind] the whole time.” — Kobe Bryant’s Muse on Showtime, February 2015

“When I was growing up in Italy, I grew up in isolation. It was not an environment suited to me. I was the only black kid. I didn’t speak the language. I’d be in one city, but then we’d move to a different city and I’d have to do everything again. I’d make friends, but I’d never be part of the group, because the other kids were already growing up together. So this is how I grew up, and these are the weaknesses that I have.” — GQ, February 2015

“It’s basketball. I’ve practiced and practiced and played so many times. There’s nothing truly to be afraid of, when you think about it. … I’ve failed before, and I woke up the next morning, and I’m OK. People say bad things about you in the paper on Monday, and then on Wednesday, you’re the greatest thing since sliced bread. I’ve seen that cycle, so why would I be nervous about it happening?” — ESPN, November 2014 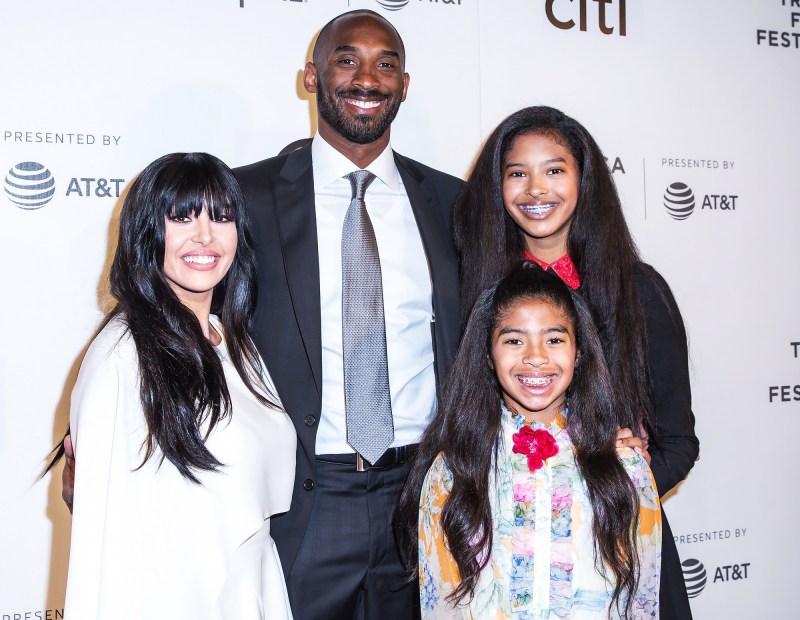 On Being a Role Model

“You got to do what you love to do. I love telling stories. I love inspiring kids or providing them with tools that are going to help them.” — USA Today Sports, January 2020 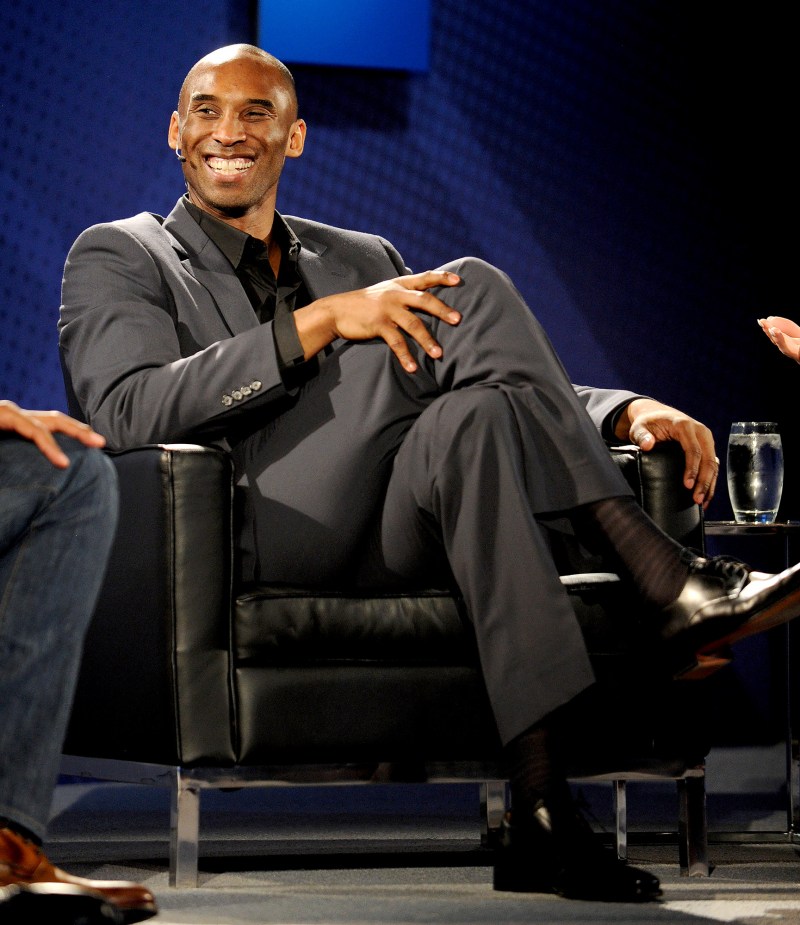 “Have a good time. Life is too short to get bogged down and be discouraged. You have to keep moving. You have to keep going. Put one foot in front of the other, smile and just keep on rolling.” — CBS, July 2008

Written by By Nicholas Hautman | USMagazine

A Brief History of the Tennessee Flag

Watch the new Star Wars: The Rise of Skywalker trailer from...