Godzilla has been gracing our screens for more than 60 years. We’ve watched the monster ravage whole cities and fight some memorable adversaries over the years, and thanks to the franchise’s long run, we’ve also seen in these films the progression of cinema history. In particular, the special effects techniques that bring Godzilla to life have changed considerably, from a man in a rubber suit stomping around tiny-Tokyo to miniatures and CG visual effects. With the franchise’s latest film, Shin Godzilla, now in American theaters, Inverse revisits the monster’s significant effects legacy.

Godzilla’s first outing in 1954 was clearly always going to be a practical affair. But director Ishiro Honda and special effects creator Eiji Tsuburaya had something particularly creative in mind for their kaiju monster film. They capitalized on the Japanese shooting style of ‘tokusatsu’ to combine a man wearing a rubber Godzilla suit with miniature buildings crafted in intricate detail.

Suit actor Haruo Nakajima donned a 200 pound-plus suit for the role to depict Godzilla as a 164-meter tall monster weighing 20,000 tons. It turned out that the heavy suit made with a combination of wires, bamboo, chicken wire, fabric, cushions and latex helped make Nakajima move in appropriately lumbering ways. He had also referenced the movement of elephants and even went so far as to not show the soles of Godzilla’s feet while walking, suggesting it would make the character look weak.

In addition, the filmmakers slowed down Godzilla action, sometimes by three times the normal film speed, since slow motion added a sense of scale to the monster action. There were also insert shots of hand-puppeteered Godzilla pieces such as a mouth or eyes that helped sell the scale. 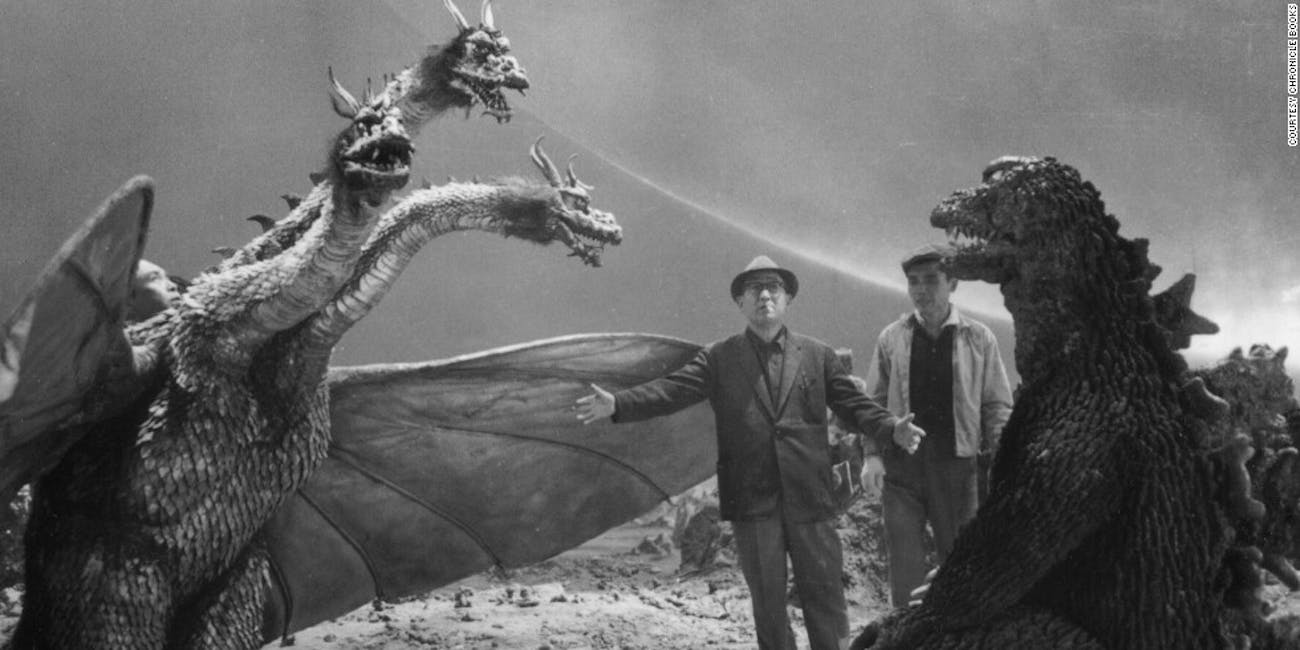 Later, the monster suit photography — which included other suited or puppeted creatures and, over time, more and more complex animatronic suits — would be optically composited into separately filmed miniature elements. This also allowed for the addition of hand-animated atomic breath, explosions and fire into the scenes. It was all pretty cheesy, really, but beloved by audiences around the world.

Into the digital realm

Essentially, this way of filming a monster actor in a suit amongst a miniature setting, or composited into a miniature setting, remained the method of making Godzilla films for many years. That was until Roland Emmerich took the reins of an American reimagining of the franchise for 1998’s Godzilla.

By now, digital visual effects had developed enough for the filmmakers to be confident that they could rely on a CG Godzilla to terrorize New York City — and Emmerich’s creature was far more agile than the traditional Japanese creature. Still, that did not preclude the use of actors in suits for some scenes, or miniature buildings being crafted to be filmed and destroyed, and even practical puppet pieces of Godzilla being used in close-ups.

The filmmakers also toyed briefly with motion capture in the hope that a human performer would inform the animation of Godzilla, but that was quickly determined not to produce realistic results when they found that a human’s walk cycle was vastly different to an enormous mutant lizard. 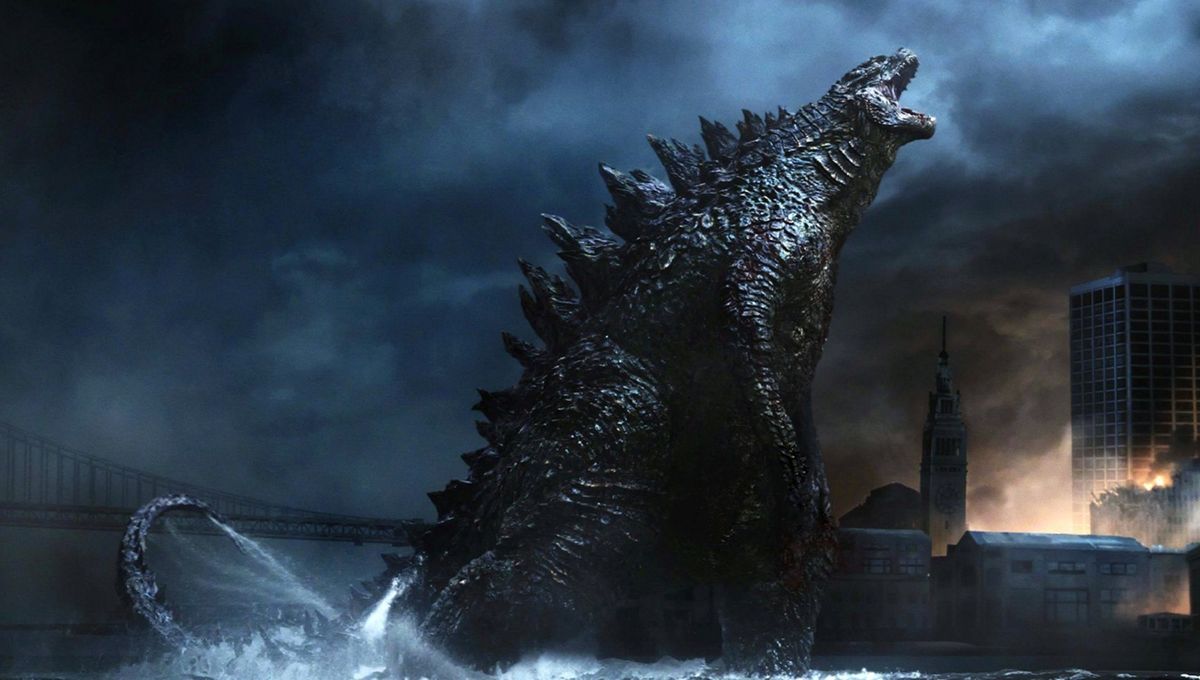 In 2014, director Gareth Edwards breathed new life into the franchise once more with his take on Godzilla. New developments in muscle simulation, rendering and destruction simulation meant that almost everything effects-wise would be created in CG, although much of the style of the film remained “analog” in feel — a direct homage to Ishiro Honda’s imagining of the character.

Edwards’s Godzilla was designed to be 350 feet tall, and the visual effects crew spent more than eight months in just sculpting the character digitally. The director in particular wanted to replicate that man-in-suit look so the visual effects artists produced layers of simulations that provided lower level muscle, mid-level skin folds and fine creasing which moved and swayed as Godzilla walked.

The latest incarnation in the franchise, Shin Godzilla, from directors Hideaki Anno and Shinji Higuchi, also capitalizes on major innovations made in CG. Although some puppets and animatronics were used during filming, Shin Godzilla is the first Godzilla film made in Japan with this level of digital effects — for the creature, cities, destruction- and various vehicles. Even motion capture helped bring the monster to life this time around.

Though the upcoming film isn’t directed by Gareth Edwards, the brilliant monster-maker’s vision for the kaiju is alive and well in this upcoming film. Time will tell if we get to see any cool new powers this time.

After 30 Godzilla films, it seems the franchise is showing no signs of letting up. Legendary Pictures, which produced the 2014 Gareth Edwards movie, has suggested a Godzilla sequel is coming, but right now has its sights set on the crossover Godzilla vs. King Kong for summer 2020. That’s also more than one year for us to ponder how those two characters, one up to 350 feet tall, and the other around 50 feet, might battle it out.