Home Art+Culture How Do I Become … a Wax Sculptor?

While Kate Winslet waits for a glossy makeover, Britney Spears is having her hair tonged. Near by, Cristiano Ronaldo’s ear is getting some attention, and at the end of the table Jackie Chan has just arrived for Chinese new year. This is the maintenance studio at Madame Tussauds in London, where ageing models of some of the world’s biggest stars come to be rejuvenated by the principle wax sculptor, Stephen Mansfield, and his team.

For the past 15 years, Mansfield, 48 and from north London, has been sculpting celebrity wax figures for Madame Tussauds at its west London studio, where brushing shoulders with celebrities is part and parcel of the job. Previously, he worked on the visual effects for the puppet show Spitting Image and freelanced for the BBC sculpting severed heads of statues. 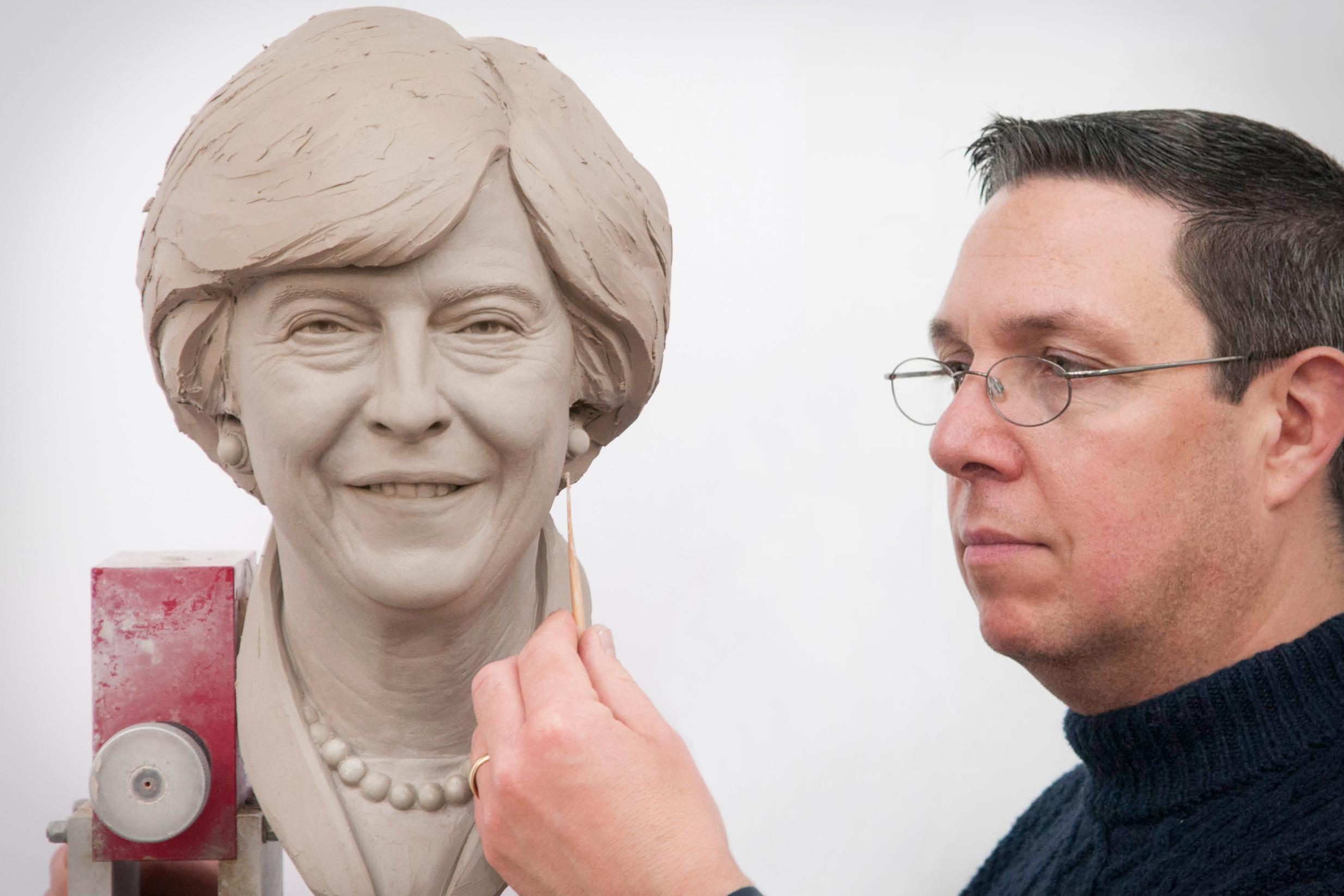 His most recent wax figure was Zayn Malik of One Direction. The ubiquity of the chart-topping boy band increases the pressure to get it right. “If all I had to do were wax figures of unknown people, it would be easy. But everyone has an opinion on them from all over the world. You can’t take your foot off the pedal, it’s an intense process”, Mansfield says. A process that takes four months and £150,000 before the grand launch of a newly finished wax figure.

After the initial brief, Mansfield either has a sitting with the personality or does some thorough research. “If I am doing a figure based on research I will go through images of the personality where they have been photographed with people who we’ve already measured,” he says. “We had a sitting with the Queen, and she’s pretty much been photographed with everyone, so I can make sure the new figure is scaled.”

The next stage is an exercise in human geometry, in which a total of 200 measurements are taken. “I start by creating a pattern of dots on the face running from the hairline, brow, septum and chin for the profile. I then model it with clay rather than a face cast because that is too stiff.”

The clay head is made 2% bigger than actual size because the mold shrinks when the beeswax is poured in. The head is then cleaned to get rid of the seams while the eyes and mouth are burnt out for the acrylic teeth and eyeballs.

Striking the right pose is done on a turntable with a framework of steel rods helping to build an armature. These are then padded out with newspaper and held in with chicken wire until the clay is built around it. In the age of the selfie, the wax figures are positioned to lend themselves to visitors hugged up with them. “None of the figures are behind ropes like they used to be. They are designed to be posed with and people automatically do it,” Mansfield says.

Sometimes Mansfield works on foreign stars for other Madame Tussauds attractions. “I sometimes sculpt Asian stars who I’ve never heard of, and that’s when I have to give it 110% by going on a massive crash course in who they are, by watching films and immersing myself in the bubble of that person. Once they’re done, they are air freighted to their attraction.”

The process is collaborative. “There are 20 people with different specialties working on one figure. As a principle sculptor, I have to sign off other figures at various stages other than the ones I am working on, so there is a lot of responsibility,” Mansfield says.

Training in fine art, portraiture and sculpting are not necessary to landing a job on the team, but an ability to read photographs is vital, as is a natural talent for, and interest in, portraiture. “A lot of people come to us from film, which is a completely different discipline and is more surface based, but the skills will be nurtured on the job. You have to develop a tough skin and understand that the wax figure is not yours even if you have worked extensively on it – it has a purpose to be in the attraction.”

A junior sculptor entering Madame Tussauds can expect to clean the wax heads after moulding, and then eventually start working on the bodies and attending sittings. The senior and principle levels work on elaborate heads and sign off other work.

Contrary to popular myth, the wax figures are never melted, “so Britney Spears’ head doesn’t become Kylie Minogue’s arm.” Mansfield says they are all kept in the archives.

Scanning the exhibition rooms, Mansfield says that some figures are due for an update. Some politicians are captured in a “pre-entering office” moment when the deep-set wrinkles triggered from the stress hadn’t quite surfaced yet. One of those on display is Boris Johnson, and Mansfield points out that the wax figure’s trousers have a noticeable slash on the bottom.

“He was a good laugh. He was wearing the suit he’s dressed in at Madame Tussauds on the day he came for the fitting. When he arrived he caught the trousers on his bike, but we kept it because it was authentic Boris,” he says.

The turnaround time for the sculptors is quicker than it was, but Mansfield says the figures are actually better than they were. “So much so that Helen Mirren’s husband said ‘can I take the wax version home instead?’.”

Written by Georgie Bradley / The Guardian

How Operation Christmas Child changed my life (in Romania)

When rips, tears and falls kill a dancer’s career (or don’t)