There are a lot of sports you can start at a young age, yet there’s really only one sport that allows kids to play with a bow and arrow at age 10 (or younger). But there’s a lot more to archery, which has been in the Olympics since 1900, than you might realize. Take a look at these facts we bet you didn’t know!

1. Yes, Archers Have Shot An Apple And A Balloon Before…

But not while it was on someone’s head or attached to a spinning wheel. When people heard the word archer they used to think of Robin Hood, but lately the term brings to mind crazy carnival acts and Gibilaro says the first question asked is “can you shoot an apple off my head?” She said that while she sometimes might use apples and balloons (and CDs) for target practice, she has never shot at an object off someone’s head — nor does she have any desire to.

2. Archery Is One Of The Safest Sports Out There

It might be hard to believe — especially keeping in mind how many people associate the sport (see No. 1 above) — but in 2004, 82 injuries of youth sports played were reported in archery; 382 were reported in bowling. Because “no one gets shot, no one gets concussions, no one breaks an arm or a leg,” Gibilaro said, it could be one of the reasons why the sport has become increasingly popular in recent years in schools, and the way many youth athletes get started in the sport. 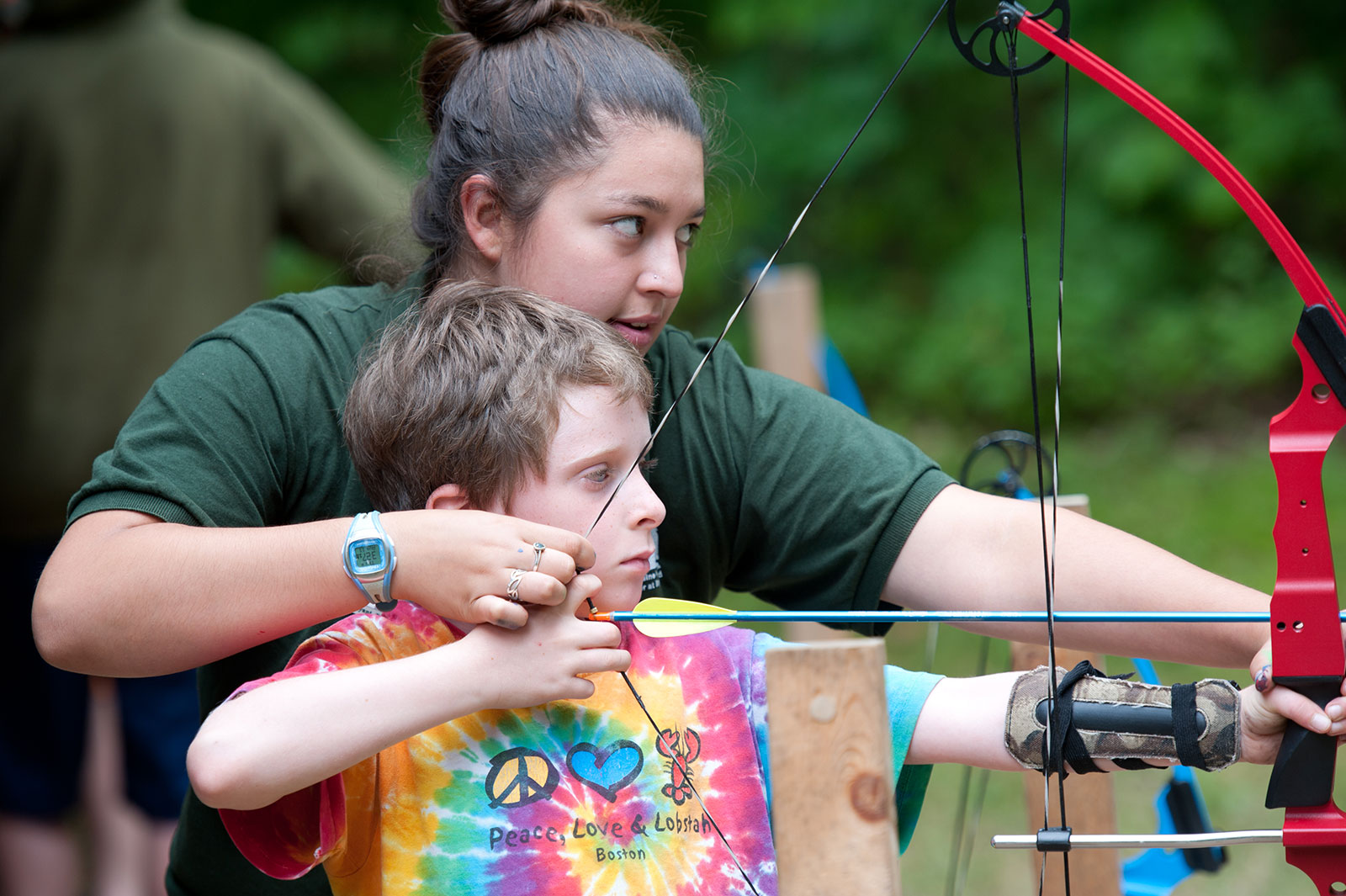 3. They Still Have To Shoot In The Rain

Playing any sport in the rain seems dangerous, especially if you’re holding something that could be a lightning rod like a partially wooden bow and an aluminum filled arrow. But even though Gibilaro admitted “we always stop if there’s lightning,” archers still have to compete in inclement weather. “If it’s raining,” she said “you can shoot through it, but the rain makes your arrows lower because as they’re flying down to the target they’re getting hit by raindrops.”

She remembered at the first Olympic Trials last year “it started pouring — some people said they felt hail — and the wind was so strong that I was aiming off the target. I’ve never had to aim off the target before.”

Unfortunately the arrows aren’t the only things getting hit by raindrops. The archers are also out in the rain. And because baggy clothing can get in the way of their equipment, she said, “wearing a rain jacket is pretty difficult. Because the string will hit the jacket and the contact with the string will make the arrow fly all over the target.” The solution? “We look for tighter-fitting rain jackets,” and “a lot of people wear baseball caps.” 4. Why The String Should Touch Their Nose When Shooting

If you’ve ever seen an archer up close when they’re getting ready to shoot, they always pull the string back until it touches their face. You would think that would hinder their shot, but Gibilaro said it’s a form that all good archers have. “The reason why we have the string touch our faces is so it’s more consistent,” she said. “If you have the string floating out from your face, you won’t pull it back the same distance every time.” Even though it’s considered proper form, she revealed, “I do squish my nose with the string a lot more than other people do.”

5. Good Aim Isn’t The Most Important Skill To Have

Because of that she said the most important skill to have in archery is body awareness and body control. “To be able to put your body in a consistent position every single shot is what’s most important.” It’s the reason why it’s hard for young kids to excel at archery. “They don’t have a lot of body awareness or control until they hit puberty. That’s when you start to see them getting more consistent and shooting lower scores.”

6. They’re Strong, But Just In A Different Way

A sport that requires an athlete to stand still in one spot for long periods of time might not look like your typical sport. But there are a lot of muscles and stamina involved to help a 5-5 Gibilaro hold a bow that weighs 42 pounds.

In addition to shooting six hours a day, six days a week, Gibilaro also lifts weights two days a week and does cardio another two. “It’s difficult to build up muscles you need specifically for archery in the gym,” she said, “but you still need to strengthen those other muscles to balance yourself out — because archers are very one-sided.”

Because archers do the same movements on the same side hundreds of time, their bodies can become lopsided. “We’re strong on both sides, but just in different places. For example, my left side is larger than my right side because that’s the side I lift the bow with. But on my right side my fingers are larger, my forearm is larger and my lower trap muscle is larger.”

If you’re a teacher, parent, target archer, or bowhunter who would like to see NASP get started in your local schools, more information is available at www.nasparchery.com.

What is your everyday super power?

Are Star Wars-like Planets Really Out There?

How Many Hours Are Teens Legally Allowed to Work?

Watch the new Star Wars: The Rise of Skywalker trailer from...