Home Art+Culture 10 Facts You Might Not Know About the Game of Rugby
Discovering new things is always a fun activity! This is truer when it comes to things that you love. Even with something old like rugby, there are still new things you may not know about. Today, we shall be taking a look at around 5 fun facts that may not be commonly known about Rugby!

Without further ado, here we go:

1. No one can agree on who started Rugby 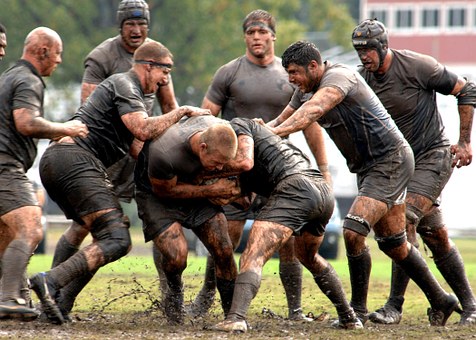 While the popular notion was that William Webb Ellis brought about the concept of Rugby by running a certain way, there is no actual anecdotal evidence to support it. If you go to the place where Ellis was believed to have gone to school, you will find a plethora of oral accounts of the popularly shared story.

The story goes that Ellis simply managed to catch the ball, cradled it within both arms, and started to run toward the enemy’s goal. It was something that was not actually allowed by the rules of football. However—if the tale was to be believed—there was a majority of players that preferred this method.

While that would have been fine, historians are quick to throw doubt on that story. As there is still very little evidence to go on regarding the validity of the claim, historians utterly refuse to consider the Ellis account as THE definitive origin for rugby.

2. Pigs donated a lot to rugby 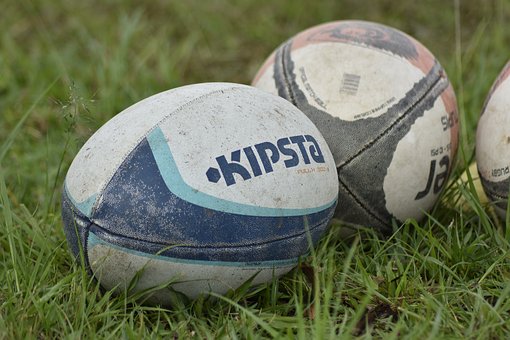 The actual ball of football was often called as the pig’s skin. This was due to the fact that a literal pig’s skin was what the earliest incarnations of the ball were made of. While rugby was derivative of football, it was not long until those that played rugby wanted to set their sport apart from the supposed source.

The very first rugby balls were actually made of pig’s bladders. They were shaped like plums and were dried and blown with air in order to keep its shape. Production was also quite risky back then. Hygiene was not always thought of when developing the balls.

As it was common practice to manually blow air into the rugby balls that were not wholly cleaned so many of the workers fell ill and even died shortly after. Many a life was sacrificed so that early rugby players had the equipment they needed.

3. Rugby originated the tradition of national anthems as sporting events 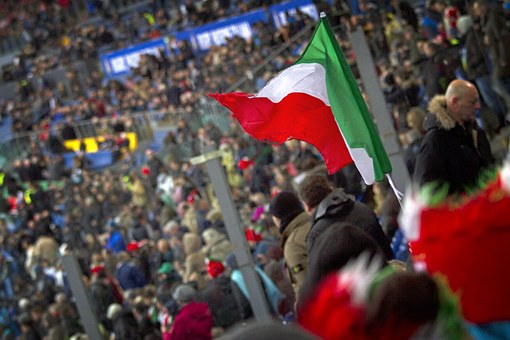 In international matches, both team’s national anthems would be played before the start of the match. Depending on the team that wins, their national anthem would also be played during the awarding ceremony.  At least, that is what we have come to expect for modern matches. Things did not used to be that way, however.

Back in the day, it was not at all expected for teams to showcase their anthems. There was only one team in particular that made a show of their nationalistic representation: The New Zealand rugby team. It was part of their cultural heritage to do a taunting chant called the Haka. This was their traditional battle cry and was quite distinctly Maori.

Of course, if you ask the Americans they will tell you that the tradition of singing national anthems was because of THEIR national pastime. Rather common place, we suspect.

4. Every Rugby World Cup has been started using the same whistle 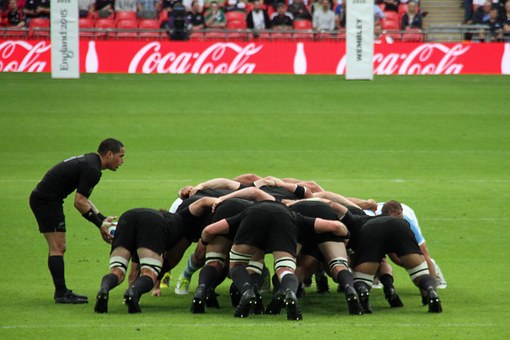 This little factoid is one of our personal favorites! When you tune into any rugby world cup match, you can come to expect a whistle to start the match. What is lovely is the fact of the matter is that whistle is also the very whistle that was used in the first ever rugby world cup.

It is a lovely form of keeping the past alive and it is an effective way of showing respect to the age of the sport. What is disappointing is that in 2015, for some reason the governing body of rugby did not think it was appropriate to make use of the whistle. He called it “another break from tradition”.

This strikes us as odd as the usual tradition breaks were from the derivative nature of rugby from its source sport: football. We certainly do not know what that guy is thinking and we are all hoping that the old whistle is used in future international events once again. 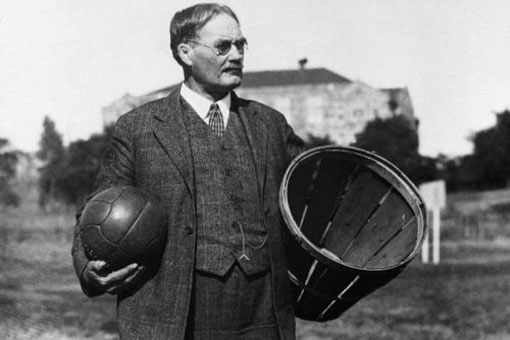 One of the best things about sports is that those involved in it will eventually end up sparking something new. In 1891, a rugby coach by the name of James Naismith was busy thinking of a way to keep his athletes in peak physical form even during the winter months.

You see, rugby was an outdoor sport and it simply did not do to expose athletes to such harsh conditions. So Naismith devised a plan to do an indoor exercise that would keep his players lean and in top running condition. He also had to make sure that they were in no imminent danger that would keep them out of the game when the seasons turned.

He still wanted it to be a ball-centric activity in order to keep the team’s coordination sharp. He took all of those elements together and ended up created basketball—one of the first indoor team sports to be made.

While there are those that say that basketball has overtaken rugby’s popularity all over the world, it does not really matter to most rugby lovers. All we simply have to say to that is: you are quite welcome, basketball fans!

6. The US Olympic rugby team is the most successful

Who’d have guessed the current reigning Olympic rugby champions are the Yanks? Certainly not us. The sport has only featured in the Olympics four times – 1900, 1908, 1920 and 1924 – but of those few appearances the US is also the most successful, winning in both 1920 and 1924.

7. Originally no points were awarded for a try

At first, crossing the touchline with a ball earned you the opportunity to try and score a goal, get it? Goals were scored by placing the ball on the ground and kicking it through the goal posts.

Now, a try is worth 5 points in rugby union, and 4 in rugby league. Players then get a chance to earn an extra two points by scoring a conversion (kicking it through the goal posts).

8. The same whistle has been used for the first opening Rugby World Cup game since 1905

It turns out rugby players are a sentimental bunch, using the same whistle to open the first game of the World Cup since 1905. It’s known as the Gil Evans whistle, named after the Welsh ref to first use it. 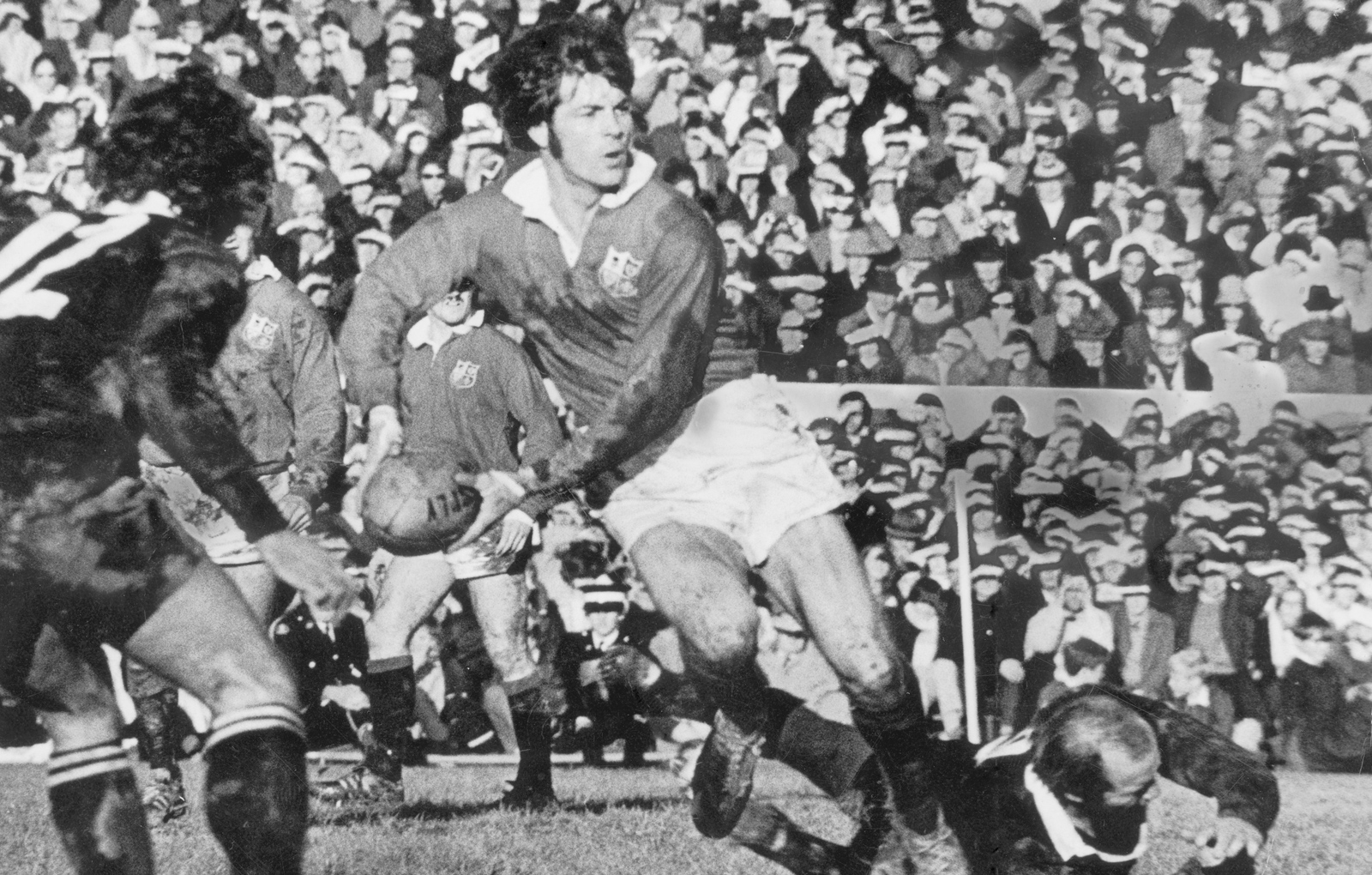 The first international rugby match took place between Scotland and England in 1871 at Raeburn Park in Edinburgh. Scotland won 1-0 by converting a try. The scorer, and therefore the first player to score an international rugby goal, was William Cross. If the modern scoring system was used, the score would have been 12-5 to Scotland, who scored two tries and one conversion. England achieved one try but failed to convert. The game happened 18 months before the first international Association Football (soccer) match, which took place in November 1872, also between Scotland and England. 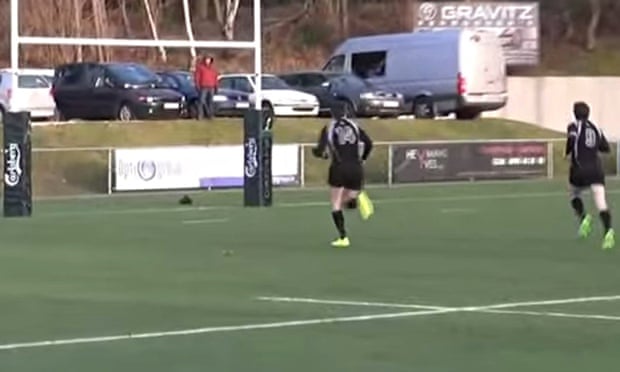 The worst ever defeat in a rugby game happened between to Belgium teams where the Royal Kituro beat Soignies a massive 356 – 3!!!