Home Art+Culture A Brief History of the Tennessee Flag

History: The flag of the state of Tennessee was designed by a member of the Tennessee National Guard, Leroy Reeves, and was adopted on April 17, 1905 by the Tennessee State Legislature.

Design: The Tennessee state flag is crimson with a blue circle in the middle containing three white stars. The three stars represent the divisions of Tennessee into middle, east and west. the blue circle is symbolic of the eternal unity of the three sections of the state. a navy blue bar is included to give the flag distinction when hanging limp.

Which way is up? The Tennessee flag does in fact have a top and a bottom and there is thus a correct and incorrect way to fly the flag. Tennessee Law states “The arrangement of the three (3) stars shall be such that the centers of no two stars shall be in a line parallel to either the side or the end of the flag, but intermediate between the same; and the highest star shall be the one nearest the upper confined corner of the flag.” Stamps were actually made by the U.S. postal service in 1976 that featured the Tennessee flag upside down [Link], much like many murals & shirts you see today. – You bought it this time, Buster! During the disciplinary hearing scene in National Lampoon’s Animal House, there are two flags pictured. One is an American flag, and the other is a Tennessee state flag, even though the film was supposed to have taken place in Pennsylvania. (This was due to the producers not being able to find a Pennsylvania flag that was large enough, so they settled on what they felt to be a generic-looking awesome state flag.) 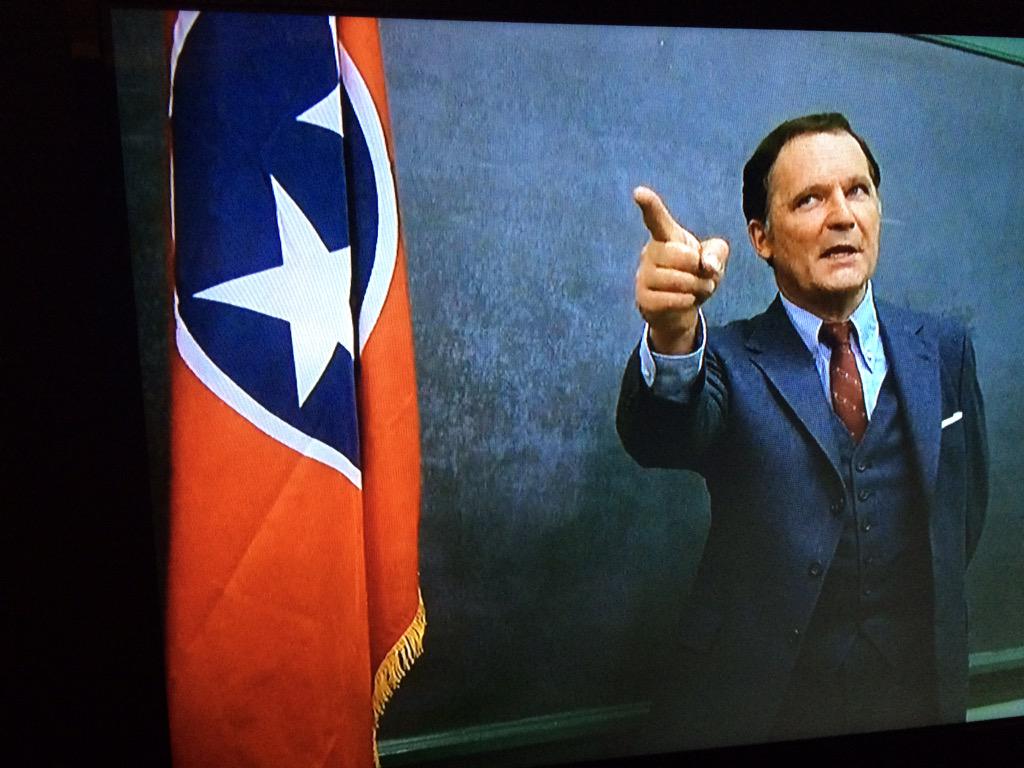 Salute: Tennessee has two salutes to the state flag.

“Three white stars on a field of blue

God keep them strong and ever true

It is with pride and love that we

Salute the Flag of Tennessee.”

“Flag of Tennessee, I salute thee

To thee I pledge my allegiance with

My affection, my service and my life.”

Women Have Been Voting in Wyoming for 150 Years, and Here Is How the State Is Celebrating

Women Have Been Voting in Wyoming for 150 Years, and Here...

So You Want to Be an Archivist

7 Methods To Overcome Your Fear of Failure