One of the most interesting misconceptions about the Salem witch trials is that they were the first and only witch hunts that took place. They may be the most commonly known due to the popularity of Arthur Miller’s The Crucible and numerous film adaptations on the subject, but accusing innocent people of – and executing them for – being “witches” started long before 1692. Over the span of centuries, Europe experienced several witch trials, each as horrific as the one in Salem. While the trials in Salem lasted close to a year, some of the European trials lasted over ten years and claimed many lives.

What is significant about the Salem trials is they were some of the last to take place; they came just as the ones in Europe were dwindling – as something that European colonists brought with them to America. Although other trials took place in North America in the 1600s, notably the Connecticut Witch Trials, no witch had been tried and executed since 1663. It was thought to be behind everyone, so when the hysteria in Salem began, it shocked and continues to shock people. As you’ll see in these witch hunt facts, no one was safe – not even the family pet.

MYTH: Accused Witches Were Burned at the Stake

In Salem, the preferred method of execution was hanging. All of the witches who were convicted were hanged with the exception of Giles Corey, an 80-year-old man, who was pressed to death with boulders. This method was used to coerce defendants who refused to plead into talking.

MYTH: Only Women Were Accused

Most people believe that only women were targeted during the Salem trials, but actually, a quarter of those accused of witchcraft were men. What’s even more surprising is that of the 20 victims who were executed during the trials, six of them were men.

Why were these men accused in the first place? Some were charged solely because they were related to a woman who was accused of being a witch. Others were targeted because they had ties to Wabanaki Indians who, along with the French, had been attacking New England settlements.

MYTH: It Was Mostly Teenagers Who Were Charged

Perhaps we have the popularity of Arthur Miller’s The Crucible to blame for the belief that many of the accused women were young, but in truth, older women, particularly wealthier widowed women with no male heirs and a lot of land to their name, were often accused of witchcraft. Scholars speculate that these women were considered threatening as powerful, independent women who no longer occupied the traditional roles of mother and wife. So, instead of letting these women live out the rest of their lives in peace, sometimes, very shortly after losing their significant others, their fellow villagers pointed fingers and cried “Witch!”

However, most of the accusers were teenage girls and young women.

MYTH: Those Accused Were Poor

This unequal distribution of wealth could sow the seeds of discontent that eventually spurred the trials.

MYTH: Humans Were the Only Victims of the Trials

If you thought people were the only victims of the witch hunts, you would be wrong. Man’s best friend was also a victim of the hysteria that ran rampant during the Salem witch trials.

After a young girl accused a dog of trying to bewitch her, the villagers shot the poor canine. Another dog was killed because it was thought to have been under the spell of an accused witch. Even the family pet wasn’t safe from the suspicions that gripped the Salem villagers.

Even though Salem has nearly become synonymous with the witch hunts, people were being tried for being witches long before 1692. Between the 14th and 17th centuries, many countries in Europe carried out witch hunts resulting in the unjust executions of hundreds of thousands of people.

Throughout Europe, the Malleus Maleficarum, a book from the late 15th century that taught readers how to identify a witch, became widely popular and created an eager crop of witch hunters. In 1542, England passed a law called the “Witchcraft Act” that made the practice of witchcraft illegal and punishable by execution.

While some people have thought that the magical experiences the villagers experienced were faked, research suggests that they could have been caused by hallucinations from ergot-infected grain. Ergot is a fungus that infects rye, wheat, and other grains and can produce hallucinogenic effects similar to LSD if ingested, which could account for some of the magical things the colonists experienced. It could also explain their convulsions and other symptoms of illness.

Linnda Caporael, the scholar who suggested this theory, believes that infected grain likely caused the initial hallucinations. However, historians tend to agree that even if this theory is true, it doesn’t explain away all the social and economic factors that led to finger-pointing during this time.

The infamous Gallows Hill might not be where the executions took place. In January 2016, The Gallows Hills Project, a group of Salem scholars, determined the exact location of the hangings to be Proctor’s Ledge.

With no records of eyewitness accounts, it took the group years of combing through court records, maps, and other evidence to find the location of the execution site, which historian Sidney Perley had already unofficially identified a century earlier.

MYTH: There Is an Easily Identifiable Cause for the Trials 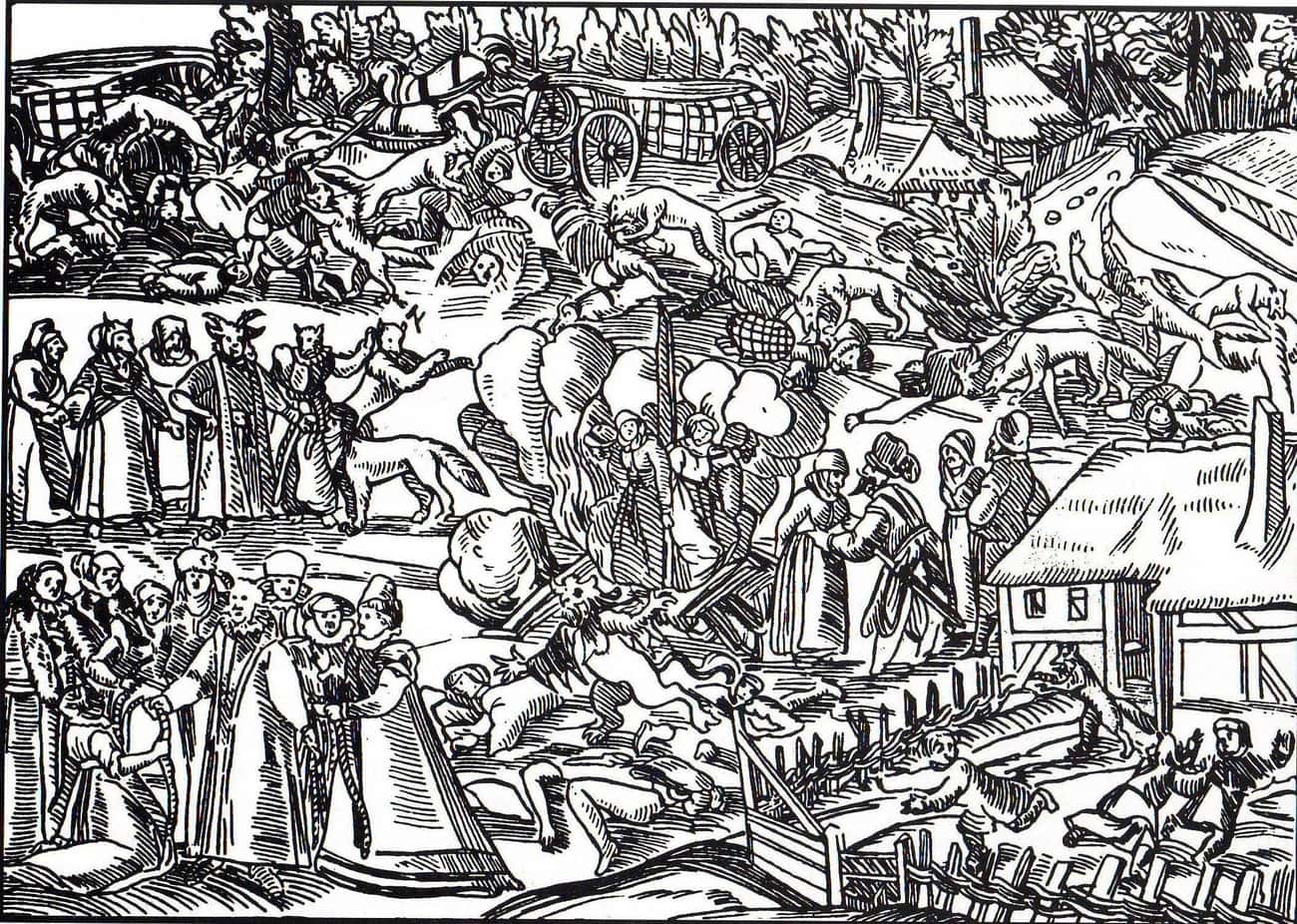 For centuries, people have been asking, “Why?” Why did the trials occur? The truth is, there isn’t one answer. A number of factors contributed to the mass hysteria that arose during the trials in Salem and across Europe. Greed, jealousy, religion, and misogyny are only a few of the explanations historians have proposed for the witch hunts.Given the complex nature of humans, it’s unlikely that the beginning of the witch hunts can be narrowed down to one cause.